Another great historical romance by both Gail MacMillan and The Wild Rose Press. I’ve only read one other book by MacMillan, but it seems there never fails to be an exciting storyline surrounding the underlying romance between our two main characters.

After losing his family in the Scottish Clearances, Harry Wallace becomes infamous for his clever revenge on the ruling English upper class, but his success can last only so long. With the shadow of a noose hanging over him, he barely escapes with his life and sails for British North America and a town he’s heard of but never seen. In New Brunswick, Maggie Fowler needs a champion, someone willing to fight for the home and holdings she and her seven stepchildren are trying to defend against a murderous, power-hungry enemy who has already killed the children’s father. Will footloose, devil-may-care Highland Harry meet her needs?

When outlaw and highwayman, Highland Harry, first steps off the boat in New Brunswick, he is immediately approached by the widow Maggie, who needs a hired hand to help with the maintenance of her mill. Gosh, at least let the guy stretch his legs and have a beer before you proposition him! Some added duties of the job would also be to keep away the thugs of the Carmody clan who killed her husband, and also marry her to provide some sense of respectability for her seven stepchildren by the questioning townsfolk. And here I thought Maria von Trapp from the Sound of Music laid claim to the most stressful caretaker position to 7 children who aren’t her own. I think another reason I absolutely love the work of Gail MacMillan is that there always seems to be a strong female lead character who isn’t afraid to go against social conventions to protect herself and the ones she loves. 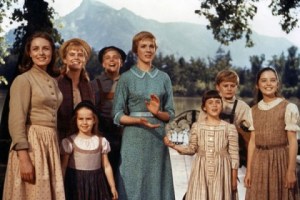 A Way with Animals

The author has the ability to bring every character to life, including those of the four-legged variety. In the first MacMillan book I read, Heather for a Highlander, it was the heroine’s dog Midnight who was an important and protective character in his own right. In this novel, it was the pet of Maggie’s youngest stepchild, Precious the piglet, who had her own vivacious personality that you can’t help but love. When you can make me fall in love with a pig as a main character, you’ve got talent.

There were two main aspects of the story which made me pause with a bit of confusion. Firstly, the children were very quick to refer to Maggie and Harry as mother and father. They’ve all known each other for about a month! Maggie was only married to their father for a few weeks before he was murdered, and Harry is still getting used to the lay of the land. I was particularly surprised that the older children didn’t provide more pushback to calling them mom and pop as a form of rebellion.

Secondly, there is apparently no law in this land, and when there is it comes about in peculiar ways. A local man named Joseph Carmody and his gang of miscreants most likely killed Maggie’s husband to gain ownership of his mill, but there was no real investigation into his death. Then at the end, Carmody meets an untimely end in a way which straddles the lines of legality, yet there are no repercussions at all, and Harry is consequently rewarded with Carmody’s previously coveted position in town. Um, happy that things are working out for the fam and all, but it didn’t necessarily come about in the best way. 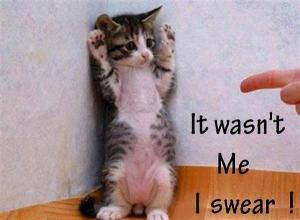 Should you read it? If you are ever in the mood for an interesting and engaging historical romance, look to The Wild Rose Press. I have yet to read one that I didn’t like.

Smut Level: I would say this book has love scenes rather than sex scenes. They are brief, yet sweet, as Maggie and Harry have a mutual respect for each other which influences their tender lovin’.

One thought on “Highland Harry by Gail MacMillan”