If this book demonstrates anything, it’s that seemingly innocent church ladies can be wild and crazy chicas. Not to mention, there’s a chance they may have visited a sex shop within the last 24 hours. 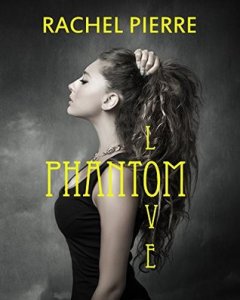 They called him “The Phantom.” He would appear in church, sit in the back pew and then mysteriously disappear. Each of the young women in the ministry wanted to know who he was because he was so damn handsome and mysterious. Abby thought he was out of her league. Until a dare from her teasing girlfriends forces her to introduce herself to him. And she finds him quite charming to say the least. A mystery man who disappears for days at a time, drives a Bugatti and speaks French. Not to mention the fact that he was devastatingly handsome. Abby soon becomes the envy of all the women in the church as she begins dating the mercurial stranger. He is everything she wants in a man as he helps her grow spiritually and intellectually. She has never been treated with more tenderness and respect in all her life. But there is something about him that Abby can’t put her finger on. A sad event from his past that has traumatized his spirit. Something that is holding back his growing feelings for her. Can she heal his soul and keep his love?

“The Phantom” is a mystery. Nobody knows his real name, or what he does for a living. Throughout the entire book I was waiting for the ball to drop; the big reveal. Who was this guy? All of the church ladies gossiped about his possible nefarious past, and I was pretty curious myself. Was he a hitman? A drug dealer? Some other kind of criminal? With so much mystery surrounding this guy I was expecting something exciting. Well…nope. Nothing special. He’s just a wealthy guy who doesn’t reveal his name when asked for it. Honestly, kind of a let down.

Unfortunately, there really isn’t much of one. The whole book is basically a build-up to Abby and the Phantom having sex. He wants it to be special, while she just wants to rip off his clothing as soon as possible. The rest of the novel just focuses on them dating, and dealing with nosey church gossips.

The other major aspect of this novel was Abby uncovering the Phantom’s name. Personally, I thought it was pretty ridiculous that she quickly enters into a serious, committed relationship with this guy, and she doesn’t even know his name. I mean, I could maybe understand not knowing his profession, as it adds a certain sexy measure of mystery to their relationship. Sure, there’s the whole “what’s in a name” bull crap, but if you don’t know the guy’s name how are you supposed to know what to scream out in the throes of passion? Riddle me this!

While the male voices in the audio book were a bit too deep for my taste, I must say that D. Gaunt did a damn fine job with the female voices. She was able to inject enough personality by changing up the inflections of the characters, and it added another level of humor to some of the church ladies. I’ll admit, I laughed out loud a few times while driving alone in my car. I hope other drivers didn’t notice me laughing by myself. Awkward.

Should you read it? Overall, the fact that the Phantom didn’t turn out to be some kind of international spy was a bit of a let down. It sort of seemed like there was an unnecessary build-up of drama surrounding his entire character.