In this book we learn just how flexible ballerinas can be…on and off stage! Tee hee, giggle giggle.

Getting screwed over backstage by my married-ex tears my heart into a million tiny pieces.
Sitting in the audience at the ballet with my former fling wasn’t my idea of fun.
I live in my pointe shoes, not even my ex can taint my love for ballet.
I hate the ballet. This on again/off again crap was getting old.
And then my whole world changes when I notice the smoldering gaze…
Then I look to the stage, and I can’t take my eyes off…

Leo Richards. Adeline Parker.
Concentrating on anything except his sexy…everything, is impossible.
Her presence commands my attention…I’ve never experienced this before.
He makes me second-guess everything I’ve ever dreamed about.
She makes me question everything I’ve ever known.
Fighting him is a strategic sport–no clothes allowed.
All I can think about are her sexy ballerina legs wrapped around me–tutu definitely on.

Our scandalous rendezvous is plastered all over NYC’s tabloids.
Because of my status in Manhattan, now I’ve dragged her into the limelight.
My ex will stop at nothing to tear us apart.
Seriously powerful people forbid me to be with her.
Rumors about his past keep building.
I can’t tell her this secret.
When it came to Leo, I only knew the big things.
When it came to Adeline, I knew nothing about the little things.
But uncovering those things about him [her] may push us past our breaking point.

So I could never be a ballerina. It’s not that I don’t have any flexibility to speak of (which I don’t), but more that I have a very strong affinity for cupcakes and cheeseburgers that simply can’t be abandoned. However, that doesn’t mean I can’t appreciate the absolute beauty of the dance scenes described in this book. Adeline is able to bring forth so much emotion that it isn’t hard to imagine why Leo is so quickly smitten with her moves. There are some decent sex scenes in this novel, but in my opinion the dance scenes far surpass them in terms of brilliance. Just be sure you have a copy of Center Stage on hand when you finish this book, because you’ll have the desire to watch it ASAP.

Emotional Performances
There are two main performances in this book which will seriously make you consider taking up ballet as an extracurricular activity. The first happens at the start of the book, and takes place immediately after Adeline’s douche of an ex, Blake, tricks her into having sex with him one more time. When she realizes that his declaration of love was just a ploy to rip off her tights, she puts on a performance full of sass and attitude that you can’t help but take notice of. Leo is sitting in the front row for this spectacle, and as soon as he locks eyes with Adeline he feels that she is putting on this passionate dance just for him.

The second memorable dance takes place later in the book after Leo breaks things off with Adeline for her own protection from some not so savory characters. She takes all of the despair and heartbreak from the end of their relationship, and puts it all into a dance about a woman who loses her love to the trials of war. Hands down, the best scene of the book, and you’ll feel as though you are right in the audience watching her express it all on stage. Brava! 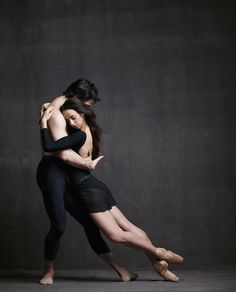 Leo belongs to a fraternity and secret brotherhood which disapproves of his relationship with such a low-class ballerina. Adeline’s ex, Blake, is also a member of this brotherhood, and his father is the leader. There is definitely some suspense with this brotherhood, as we wonder how Leo and Adeline can possibly escape their control. That being said, the whole concept of a secret brotherhood is kind of ridiculous when you think about it. Couldn’t we just have some disapproving parents? Seems a bit more believable. There was also a lot of build-up surrounding this brotherhood, and I felt like the ultimate climactic scene came together almost too easily. 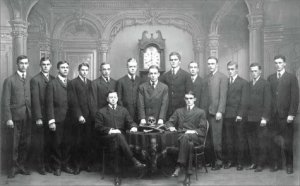 Overall, I really enjoyed the storyline and romance at play in this novel, but there were some aspects that I would have liked some more information about. Firstly, Adeline’s former relationship with Blake. He always seemed like a dick, and yet at one point she was so in love with him that she accepted his proposal of marriage. Why exactly was she drawn to such a sleezeball? Lastly, there is some drama surrounding Adeline’s sister who is now living on the streets, and Adeline feels responsible for that. However, I felt like this story was never fully explored, and the issues between these sisters were never fully resolved.

Series: I don’t think so, but I would totally read a sequel featuring Adeline’s sister.

Should you read it? You don’t have to be a dancer to enjoy this one. The brotherhood aspect was a bit far-fetched, but interesting nevertheless.

Smut Level: For a delicate ballerina Adeline certainly likes it a little rough, and loves a dominant man who can push her to her bending point…if you catch my drift.

One thought on “Pointe of Breaking by Sarah J. Pepper and Amy Daws”