I didn’t think it was possible, but this book was even hotter than the first one! 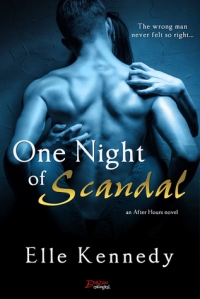 Ex-fighter Reed Miller has been secretly lusting over his best friend’s girl for months, but he refuses to jeopardize a friendship over a woman—especially one who doesn’t like him all that much. Now that Darcy’s on the market again, it’s even more imperative to stick to his strict hands-off policy. But the sizzling attraction between them is too powerful to ignore, and once he’s had a taste of her…all bets are off.

Darcy Grant is tired of walking the straight and narrow path. She’s on the hunt for passion, and there’s no denying Reed is just the man to give it to her. Although she has no interest in dating a bad boy, and certainly not her ex’s best friend, it’s impossible not to melt beneath Reed’s skillful touch. Now it’s just a matter of setting a few ground rules—and hoping her rule-breaking, sweet-talking bad boy agrees to follow them. But if she lets Reed into her bed, does she stand a chance of keeping him out of her heart?

Reed has been pining after Darcy for months. When she’s finally on the market again after breaking up with one of his closest friends, he simply can’t resist indulging in every sexual fantasy with her that he’s had to repress for so long. This isn’t a very long book, but throughout the entire thing I don’t think Reed and Darcy managed to have sex once in an actual bed. Love it. They do it in the alcove of a club, a car, multiple times on a couch, and even the shed at a farmer’s market. That’s a creative one right there.

This book definitely had some unique sex locations, but the one thing that was missing was the sense of suspense that was present in the first book. I think a lot more intrigue could have been generated surrounding the unknown drug dealer at Reed’s club. Sure, there was some drama involved with that story line, but it just ended far too quickly.

Darcy tries her hardest to keep whatever this is with Reed a simple fling. Her impression of him as a bad boy helps to keep her deeper emotions for him in check. That works fine and well until he starts to volunteer at her school, and she discovers that he’s involved with a Big Brother program. And not the dim-witted reality show on TV! I’m talking about being a mentor for children. Yeah, I can’t really blame Darcy for falling in love with Reed after uncovering that little morsel of information. I would have been a goner too. Hell, I am a goner, and he’s a fictional character!

Series: After Hours, book 2. Can’t wait for the next book!

Should you read it? If you want some clever sex locale ideas and a bad boy with a soft side, then yes. If you don’t want either of those…well why not?

Smut Level: Holy farmer’s market does Reed know how to talk dirty. And he follows through on every naughty promise.

2 thoughts on “One Night of Scandal by Elle Kennedy”