What to do when confronted with your childhood bully? Have sex with him! 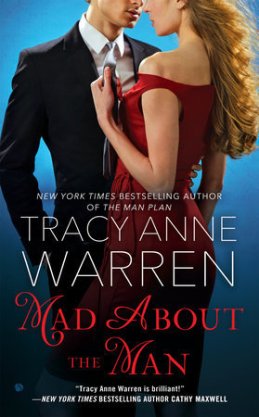 After a devastating love affair broke her heart–and derailed her career–it’s taken Brie Grayson a while to recover. Now she’s back at a top New York City law firm, determined to rise above it all. And she’ll have to—especially when a major new client turns out to be the boy who made the seventh grade a living hell.

Luxury hotel magnate Maddox Monroe has clawed his way out of the ruins of his former life to build an empire. He knows what he wants and how to get it. But he couldn’t have anticipated reconnecting with the girl of his boyhood fantasies—all grown up and more alluring than ever. But once Maddox breaks through Brie’s barriers to find the fiery woman hidden underneath, will lust lead to something lasting? Or will past heartache and fresh betrayals tear their future apart before it even has a chance to begin?

I always knew I liked romance novels which featured friends who become lovers, but this book made me realize that former enemies who become lovers can be just as good! The absolute best part of this novel was that it’s told from the POVs of both Brie and Maddox. To her, we see how Maddox was a royal pain in her ass throughout most of middle school. Taunting her. Blowing her skirt up with a leaf blower so the whole school could see her Mickey Mouse undies. You know, the usual. But then we get to see Maddox’s side of the story, where Brie was the biggest crush of his life since the age of 12. When they meet again years later he’s overwhelmed with feelings of longing and lust, and he’s determined to act on his urges in a more adult manner this time. The question is, will she continue to hate him, or give in to his charms? Spoiler alert: let’s just say he gets another look at her panties.

I was surprised at how much I really liked this book! I listened to it as an audiobook, and I must say the narrator did a phenomenal job as Brie. We are able to simultaneously understand her frustrations with Maddox, but also realize that she can’t deny that he’s sexy as sin.

Also, this thing was funny! I definitely found myself giggling out loud as I cleaned my dishes, or walked to work. I mean, she whacks him in the head with a tennis ball after meeting him again after so many years. Love it! Lastly, there are sexy scenes galore! These two have some serious stamina, and often find themselves unable to make it to the bedroom.

In spite of the fact that I really enjoyed this book overall, I did have two complaints. I’m telling ya, I can usually find fault with anything. First: Maddox sort of just brushes off his adolescent tormenting of Brie. He says a few times that “little boys always tease the girls they like the most.” Ok, that might be true when you’re a toddler, but own up to it a bit man. A heartfelt apology would have been nice, and probably would have gotten him some amazing makeup sex in the bedroom. 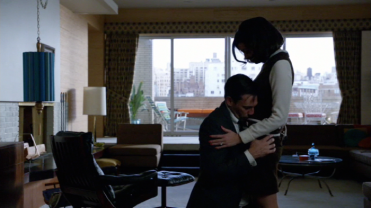 Second: for the most part the book is funny, with some witty banter and seductive innuendos throughout, but at the very end things sort of take a depressing turn. Don’t get me wrong, there’s still a happily ever after to look forward to, but it’s kind of shrouded in a veil of sadness. Couldn’t help but lose my rom-com vibe towards the end there.

*An audiobook was provided by Recorded Books for an honest review*

Series: The Grayson series, book 3. There are obviously characters from previous novels, but you’ll have no problem following along if you haven’t read the first 2.

Should you read it? It’s funny, sexy, and Maddox is quite persistent in getting Brie to see him as all man instead of the annoying adolescent he once was.

Smut Level: I feel like you’re bound to blush more when listening to dirty talk via audiobook than when you read it yourself.

One thought on “Mad About the Man by Tracy Anne Warren”