This novel takes a modern twist to some classic themes from the works of Jane Austen. Translation: sexual tension overload!!

Edmund Rushwood is a single English lord in possession of a great fortune who is in desperate need of a rich wife.

In accordance with his father’s will, Edmund has until he turns twenty-six to find a wealthy bride or lose his vast inheritance. To retain his selfish lifestyle, he agrees to join an American dating game show to find the woman who can save him. He doesn’t bargain on meeting Abby Forester, an impoverished, spirited American woman who is content to live out her father’s dreams in his vintage record shop.

With covert intervention from an unlikely source, Abby lands on the dating game show as one of Edmund’s potential brides. As their worlds entangle and love begins to bloom, Abby discovers Edmund cannot marry her and retain his wealth at the same time. Will love keep them together, or will greed triumph and tear them apart?

I can’t remember the last time I read a book with so much facial touching. Edmund and Abby sort of fall into the habit of getting into these intense discussions/arguments, wherein Edmund will rush up to Abby and cup her chin, graze his thumb along her lips, lightly caress her collarbone, or tuck a strand of hair behind her ear. Combine this with some longing looks and heavy breathing, and you’ve got enough sexual frustration to rival Mr. Darcy and Elizabeth Bennett. It was kind of amusing after a while how often Edmund would employ one of these moves without kissing Abby. The fact that she eventually calls him out on it was simply spectacular.

My absolute favorite part of this book was the bickering that went on back and forth between Edmund and Abby. For the most part, there’s a delightful blend of sarcasm, flirtation, and even a few jabs mixed in there for some pretty amusing spats. I think this is an aspect which many authors can struggle with. If the jabs are too harsh our characters can be massive a-holes who are borderline abusive. If there isn’t enough playfulness to it then the characters just sound whiny and annoying. Edmund and Abby have a rapport throughout the novel which is basically just like one extended scene of foreplay.

A Little of This, A Lot of That

We can sense the tension for Edmund as he debates a penniless future with Abby. Because of this potential for a lack of wealth he feels he has to push her away whenever they make any progress in their relationship. Interesting story, but also kind of frustrating. After a while you wanna yell, “Just kiss her already!!”

I do think there were almost too many themes at play, and they didn’t all necessarily come full circle. For example, Abby has a school assignment referenced multiple times where she has to read Pride and Prejudice and Jane Eyre, and compare herself to the female leads. She struggles with the assignment, so Edmund reads to her and kind of helps her with it. But at the very end of the book, the conclusion she draws for her paper is almost glossed over and brushed aside. Kind of disappointing.

On top of that the reality show aspect has a finale that is so dramatic it’s almost like a Spanish soap opera. Then you have elements of a mystical fairy tale built in as well. It was almost as if the story was trying to be too many things at once. 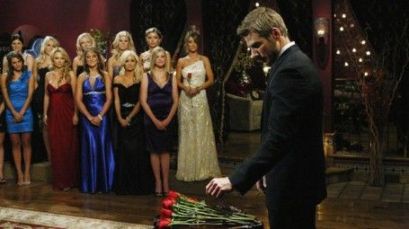 Should you read it? I loved the playful banter between Edmund and Abby, and all the sexual tension that builds because of it. I probably could have gone without the reality show aspect of the story, but that might just be because I’m not a fan of reality shows in general.

Smut Level: Delayed gratification is the name of the game. Definitely more frisky and intimate than anything in a Jane Austen novel, but there’s only one actual love scene towards the end of the novel.

One thought on “Lord Bachelor by Tammy L. Bailey”