Definitely one of the better romance novels featuring a love affair between a male celebrity and an average woman that I’ve read in a long time.

Army veteran Bailey Lennox usually enjoys her job as a bodyguard for Halvard Protection Services. When she’s assigned to work with the famous movie star Everett Parker however, she’s reluctant to play the part of Everett’s girlfriend at his sister’s wedding. In such close quarters, she must decide where to draw the line between their mutual attraction and her professional ethics.

I think one of the main reasons I thoroughly enjoyed this novel was because the paparazzi are barely a blip to the story line. They can be such a predictable, and oftentimes nauseating, feature of most romances with a celebrity lead. Therefore, I personally found it to be unbelievably refreshing that the entire novel didn’t revolve around a quivering female who has difficulties adjusting to suddenly being thrown in the limelight.

Now let’s get down to business with the standout characters of the book. It’s rather easy to pick them out, because they are both the lead characters. Let’s start with Bailey. Oh…my…goodness. Such a powerhouse of a female lead, and an amazingly dynamic character. Her main strength is that she’s a tough woman who can undoubtedly take care of herself.

Interestingly enough, her main strength is also her biggest weakness. She feels that because she can look out for herself she doesn’t need anyone else in her life. Bailey withdraws from others because of her strong-willed independence, thereby creating a rather lonely life for herself. Combine this with her PTSD and survivor’s guilt from the Army, and you just want to learn more about who she is beneath her tough exterior.

And now for the celebrity of the novel, Everett Parker. I feel like we were only provided a brief glimpse of who Everett is beneath his charming celebrity persona. He places family above all else, and is intent to get to know Bailey…intimately. 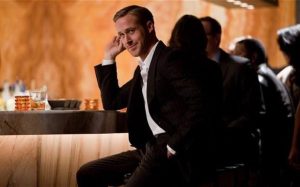 Everett seems to have a boyish grin in line with that of Ryan Gosling, and can flirt like a pro. Oh me oh my! I sense that there is more to his story that we were only somewhat introduced to in this book. Hopefully more focus is placed on him in the next novel so that we can see what lies beneath the washboard abs and cocky grin.

Series: Yes. The book ends on a happy note, but there is obviously a lot more to come. Some questions were left unanswered, but not in a frustrating cliffhanger kind of way.

Should you read it? It’s a quick and sexy read. A little bit of suspense is thrown in at the beginning, and there’s the hint of enough family drama to make your household seem like a haven of serenity!

Smut Level: The one act of intercourse presented in the novel is kind of glossed over, but don’t you worry! There’s enough sexual tension, make-out sessions and descriptive foreplay to satisfy your needs. Or mine at least!