This novel is far from a standard retelling of your classic beast meets beauty. Instead, it’s a much darker romance. Although we do see how true beauty can lie beneath a scarred beast, we also see how an ugly monster can lie within a supposed beauty of a man.

Ex-Olympic wrestler and reclusive billionaire artist Aristides Stavros has one mission—to rescue his sister, a popular tattoo artist from the old enemy who has kidnapped her. But at every turn, he is confronted by anthropologist Melissa Dermot. Is she just an innocent girl in over her head, or is she working for the international crime boss holding his sister?

Only one thing is certain–when Ari holds the beautiful Asian-American in his arms, questions of guilt and innocence fade against an undeniable fiery attraction. But can their wild passionate love survive the tangled web of long-buried secrets, intentional deceit, and murderous revenge that lie just beneath the surface?

I really enjoyed uncovering the complexity of Ari’s character throughout the novel. He may be scarred physically, and is also an intimidating beast of a man, but we quickly discover that he has a heart of gold underneath his tough exterior. He tries so hard to present himself as a beast, someone as ugly on the inside as on the outside. However, his caring nature for those people who are important to him, not to mention the passion for his own artistic talent, can’t help but shine through. Unfortunately, I can’t say I was as enamored by the female lead, Melissa. 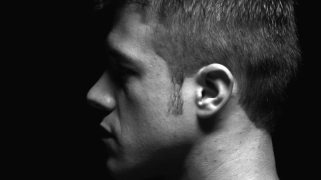 Falling for the Beast

Personally, I got pretty frustrated by Melissa’s continued insistence that Ari must be a beast because of his ghastly appearance, even if it was right after they had passionate sex or a deep conversation. She chooses to ignore her apparent connection to Ari, and instead seems gullible to believe the lies and machinations of a man who, for all intents and purposes, is a beauty. Turns out, he’s actually the true beast of the story.

Melissa mentions multiple times how she doesn’t really trust this beautiful Adonis of a man, and senses something evil in him. Yet, she basically convinces herself that because this man is gorgeous, he must be telling the truth whenever he denounces Ari’s character. Melissa does eventually come to trust Ari in spite of his looks, but this transition to acceptance almost came too late in the story for me.

This novel is a mystery from start to finish as both Ari and Melissa try to find his missing sister, Bella. There’s an interesting twist at the end which will sort of throw you for a loop, not to mention an unbelievably intense and exciting final confrontation that will have you gripping the edges of your Kindle in anticipation. I will say I think some aspects of the story were kind of confusing though, from Melissa’s troubled relationship with her murdered sister, to Bella’s complex connection to her kidnapper.

At times I felt there was almost too much focus on Melissa’s trust issues when it came to Ari, and not enough on the fact that Bella was taken by someone she knew. Ari has a very interesting history with all of the members of his family, including Bella, as well as her kidnapper. I wish more of the background to these relationships had been revealed earlier on in the story, rather than waiting until one final climactic reveal at the end. It may have helped to create more of a flow to the suspenseful side of the story.

Should you read it? This was almost too dark of a romance for my taste, but I know that’s right up some people’s alley. I did love the dynamic nature of who Ari was underneath the scars, but I just wish it hadn’t taken Melissa so long to realize that he had a loving and peaceful side to him. She was seemingly quick to trust others who were mean and cruel to her, it was almost like she didn’t know what to do when someone showed her kindness.

Smut Level: These two are hawt in their sex scenes. The best one was when she models nude for one of his paintings.