Nothing like a little romance at the North Pole to get you in the holiday spirit!

Princess Jenny Claus has thirty suitors to choose from to take on the role of Santa and her husband, and only three weeks to do it. When an outsider crashes into and destroys the toy factory, her Gala and the prospect of Christmas for children everywhere are ruined.

Logan Moss awakens from his plane crash, suffering from partial amnesia. Surrounded by a world he always considered make believe, he has a hard time accepting his new surroundings. Except for one snow princess who he’s deeply fascinated with. And when Logan realizes she only has three weeks to pick a husband, he begins to feel compelled to be that man. Problem is, he can’t remember if he has a wife. With Christmas getting closer, Jenny has to make the hardest decision of her life…duty or love.

Before reading this novel, all I had to go on in considering the possible content was the title, and the cover. No synopsis to speak of was available at the time! I figured I’d be dealing with some kind of light-hearted romance à la Hallmark channel. Well, you can imagine my utter surprise when I cracked open the cover of my Kindle to discover we were dealing with a romance between Santa Claus’s daughter and a pilot who crash landed in the North Pole. To say I was surprised is the understatement of the entire holiday season! We’ve got a competition for who will be Head Elf, a magical peppermint potion, Dasher’s sassy reindeer wife Marcy, and just a tad of amnesia thrown into the mix. I gotta say though, I absolutely fell in love with this story!

I love a good Christmas romance, and this one is about as magical and cheesy as you can get. I mean, we’re in the North Pole for crying out loud! I think it’s important to go into this novel with as carefree and as open a mind as possible. After all, it is the holidays. Try to just relax, have some fun, and not worry about taking things too seriously! 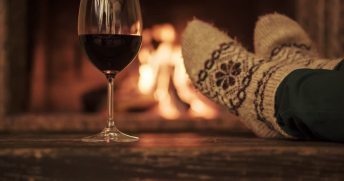 In hindsight I’m absolutely thrilled I hadn’t read the synopsis beforehand, as I went in with zero expectations, and just let the story take me where it wanted to go. Yes, it’s a pretty silly premise, but underneath all the holiday cookies and sprinkles it’s actually a very sweet read that will make your cheeks rosy, and your toes curl in delight. I felt the ending did lay on the X-mas magic a bit too thick, but overall it’s a unique holiday romance unlike any other. 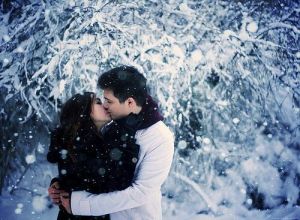 Some Drama Mixed with the Magic

It’s clear pretty early on that Jenny and Logan have chemistry, but his inability to remember the details of his life (specifically whether or not he has a wife and children back home) prevent them from taking things too far in the romantic sense. Their hesitancy surrounding the mystery of Logan’s past creates just the right amount of fabulous tension to the story. It provided an interesting mix of drama and romance that I simply wasn’t expecting, but ultimately really enjoyed. There’s also the slight mishap over the fact that Logan’s plane crash-landed into the toy factory one month before Christmas, and Princess Jenny must choose a husband who will become the new Santa in that same amount of time. Things are extra busy at the North Pole this year!

Series: One and done

Should you read it? I was drawn into this story right from the get-go, and thought it was a fun and unique read. I understand it might not be for everyone, and you kind of have to prepare yourself for some silliness. That being said, beneath the tinsel and ice sculptures lies a tale about love at first sight, family, honor and the delights of Christmas magic.

Smut Level: No sex I’m afraid, but that doesn’t mean these two don’t get up to some crazy antics in the toy storeroom.

2 thoughts on “Wrapped Up in You by Erin Bevan”