For thirty-six years, Marcus Sullivan has been the responsible older brother, stepping in to take care of his seven siblings after their father died when they were children. But when the perfectly ordered future he’s planned for himself turns out to be nothing but a lie, Marcus needs one reckless night to shake free from it all.

Nicola Harding is known throughout the world by only one name – Nico – for her catchy, sensual pop songs. Only, what no one knows about the twenty-five year old singer is that her sex-kitten image is totally false. After a terrible betrayal by a man who loved fame far more than he ever loved her, she vows not to let anyone else get close enough to find out who she really is…or hurt her again. Especially not the gorgeous stranger she meets at a nightclub, even though the hunger – and the sinful promises – in his dark eyes make her want to spill all her secrets.

One night is all Nicola and Marcus agree to share with each other. But nothing goes as they plan when instead of simply tangling limbs, they find a deeper connection than either of them could have anticipated. And even though they both try to fight it, growing emotions – and sizzling attraction – keep drawing them closer together. Close enough for them to wonder if stealing one more secret moment together can ever be enough?

Like book one in this series, we are once again presented with a whirlwind romance love story. Marcus and Nicola intend to keep things limited to just a one-night stand. However, while they don’t even have sex their first night together, it doesn’t take them long before they do, and once that happens they fall in love in about the span of a week. I really did enjoy the characters in this novel, but unfortunately I must say it fell a bit flat in comparison to book one. Firstly, Nicola’s pop star status, while intriguing, made her a bit less relatable than the heroine presented in book one. Certain aspects of her story, and her quick romance with Marcus, also made the overall tale less believable than I would have liked. Still a cute romance when all was said and done, but there was some room for improvement.

Love for the Pop Star

I’d have to say my least favorite concept of this novel was the fact that Nicola was a famous pop star. At the start of the book she’s trying to let off some steam, and finally give in to the sex kitten image she’s been portraying on stage by engaging in a one-night stand with a complete stranger. She proceeds to run into Marcus at a night club, and the main thing which draws them together, aside from raw sexual magnetism, is the fact that he had no idea who she was. His ignorance to her fame is also sort of the main thing which keeps them together, as his nonchalance to her super star status draws her to him. But…what if he had recognized her upon first meeting? 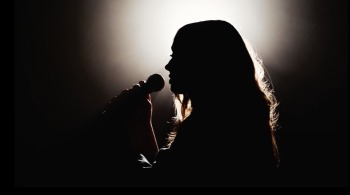 I feel like then their relationship seriously would have been limited to just one night, even if they did have a strong physical connection. It seemed like Nicola relied almost too much on the fact that he didn’t care about her fame as a reason to be with him. Shouldn’t a relationship be based on something a bit more substantive than the fact you’re dating a guy who…doesn’t get fazed by your profession? Don’t get me wrong, still important, but it just wasn’t convincing enough for me as a reason for these two to fall in love so deeply in the span of a week. 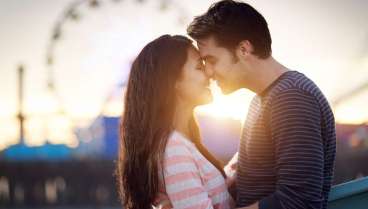 Love for the Wine Merchant

So that’s sort of the main thing which Nicola finds appealing about Marcus, but what about the other way around? For him, it seemed to deal more with the fact that he had the chance to see who Nicola really was on the inside. She portrays herself as a sexy vixen, but in reality she’s a very passionate and soulful person. Shy, yet also sensual. My one problem with this though, is that Marcus supposedly doesn’t know a lot about Nicola as a public persona, so how could he reaaaaally tell if she was acting so much different than what others expected of her? Sure, she said that she could be her true self with him, but he didn’t know her to be any different to start with.

Seeing Stars in the Bedroom

So I’ll admit, I’ve been pretty nit picky so far, but when you consider all these elements together you can see how it creates for just an ok romance. And then there is the final feature that is just the cherry on top. Nicola and Marcus have a very strong physical attraction to and sexual connection with each other. While sex isn’t the only component of their relationship, it’s definitely a primary feature. They could have connected even more in their conversations with each other, especially in regards to Nicola.

We actually see Marcus open up a great deal when confessing how watching over his many siblings at such a young age following the premature death of his father really impacted his personal relationships as an adult. However, it may have come a bit too late in the story. By this point Nicola was already falling hard for him, so it wasn’t as impactful of a confession as I would have liked. As for Nicola revealing things about herself to Marcus, she never really seems to share what first got her interested in music, or her journey to becoming a famous pop star. Also, while we as the audience learn about her disastrous former relationship which helped sully her image, and Marcus learns some details secondhand from her fans, she never has the same heart-to-heart with Marcus that he had when talking about his father.

Series: San Francisco Sullivans, book 2. This second book fell a bit short for me compared to book one. Nevertheless, I still love these characters, and I can’t wait to see what comes next with the many other Sullivan siblings.

Should you read it? I really wasn’t expecting a pop star romance in this series, and although it was still a sexy story it wasn’t my favorite. I couldn’t help but feel like, “yeah, it’s been done”, especially with the fact that he didn’t know who she was upon first meeting. They also relied too heavily on their sexual chemistry as a basis for their relationship to make me think it’s going to be a forever kind of love. Lastly, we have a slightly cheesy ending which will make you smile on the one hand, but also makes it feel a smidge less believable than the emotional finale from book one.

Smut Level: This man enjoys making his sex kitten purr. Whether it’s taking her in the cold surf of the beach, or giving her a light spanking on her tushy. He’s also willing to lick the sting away.