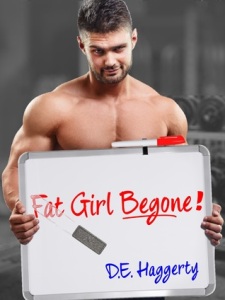 I’m a total mess. My boyfriend dumped me – get this – because I diet too much. Not because I’m fat, mind you. Of course, this spurs me into the diet-fitness-revenge-plan of the century, which leads me to the gym and a scorching hot personal trainer. I even manage to make some cool new friends, including a millionaire if you can believe it. Things are looking up! Naturally, that’s the moment my ex decides he wants me back, the personal trainer asks me out, and my millionaire male buddy decides to throw his hat in the ring. But that’s not enough drama. No, not for me. Because I’ve also lost my job and decided to start my own business. Just call me Ms. Drama.

Warning: Bad language, bumpy roads, and embarrassing moments ahead. But there’s also more than a bit of romance and even, if we’re lucky, love. Fingers crossed. Not endorsed by or affiliated with any brand of tequila.

When this novel first started I had a plethora of assumptions of how the story would progress, which was influenced by not only the synopsis of the story, but also the title. I figured we’d be dealing with a slightly overweight female lead who starts a diet and gets in shape with the help of a personal trainer. She must proceed to slim down considerably which causes her to become irresistibly beautiful to said personal trainer, and they end up with a fairy tale-like happily ever after. Well, I have never been so happy to be wrong on so many different accounts in my life!

Although our female lead does proceed to get a bit more physically fit throughout the novel, the main focus is really so much more on how she gains confidence, and that is what draws men to her like a moth to a flame.  It was just so empowering to know that you don’t have to dramatically drop from a size 16 to a size 6 in order to find love. You don’t need to starve yourself, or lose all of the junk in your trunk in order for a man to think you’re beautiful. You just need to be happy with yourself, happy with your life, happy with those around you, and it’s just a matter of time before you’re happy in love. And sure, a few trips to the gym won’t hurt, but they aren’t required. Who knows though, you might also just happen to find the future love of your life waiting for you at the smoothie bar!

Another one of the first things I assumed about this book was that it would all be about dieting, exercise, and in general making me feel guilty for baking a double chocolate chip fudge cake when I live by myself. But lo and behold this book really doesn’t lay on the guilt trip about how you should hit the gym 5 days a week, or anything like that. Instead we see how our female lead, Everly, has been having  a pretty bad week after her boyfriend of many years dumped her unexpectedly after complaining about her continually giving up on her many attempts to diet and lose weight. In a drunken blackout, she signs up for an entire year of private training sessions at her local gym and vows to get in shape so that she’ll make her ex, Josh, unbelievably jealous and beg to get her back. 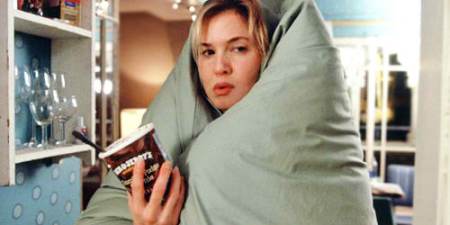 Now I know what you’re thinking, why doesn’t she just say to hell with it once she sobers up from her binge night and just drown her sorrows in a vat of ice cream? Simple. Not only does Everly’s best friend kick her butt to the gym with her sexy as sin trainer, but she comes to grow an incredible support network of sassy gal pals, the aforementioned sexy trainer, and a geeky guy friend with incredible abs. I must say in addition to our lovable lead, I 100% fell in love with all of her incredible friends who try their hardest to show Everly that she’s beautiful on the inside and out. They let her know that she doesn’t need to lose 50 pounds to be beautiful, but instead encourage her to get fit to the point where she finally feels comfortable in her own skin, while also being there for her when she needs to break her diet by indulging in some tequila.

Looking Beneath the Glasses

I couldn’t help but identify with Everly’s character, from her relationship woes to her stresses at work, and especially her lack of confidence in her body image. But that’s why her support network is everything and more, especially Carter, her geeky guy friend who might just be on the verge of becoming something more. These two are the epitome of relationship goals, and are so freakin’ adorable you can’t help but fall in love. At the start we just assume that Everly is the one lacking confidence in their relationship, for Carter is ripped with sexy abs, not to mention a millionaire. 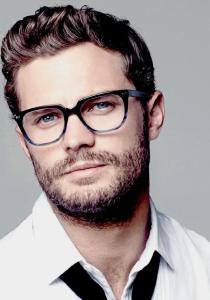 What could a guy like him ever see in a girl like her? But although Carter seems like the perfect male, we see that he too lacks confidence, and holds Everly up on a pedestal where he also wonders what she could ever see in him. Awwww, swoon worthy. Lastly, he’s unbelievably supportive of her goals to lose weight, yet continually lets her know that she’s beautiful just the way she is, and her continuing diet is totally up to her rather than something she should feel pressure to maintain. Mkay, Everly girl I love ya, but not gonna lie I might need to kick your ass to steal Carter for myself.

A Tequila or Two

One feature of the novel that I must admit I wasn’t a huge fan of was Everly’s propensity to get blackout drunk to the point where she couldn’t remember crazy antics from the night before. It sort of indicates her inability to know her own limits, as well as highlight a concern that when unable to deal with the pressures of life with food she instead turns to alcohol as a crutch. However, this was never really addressed as a concern in the novel, but instead was almost featured as a comedic character trait. And I will admit, Everly did get into some pretty funny hi-jinks while intoxicated. 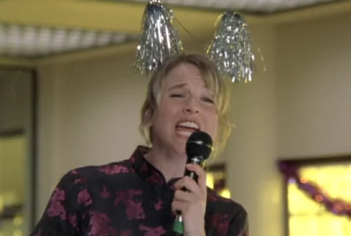 Personally I thought it was kind of disappointing we could never really experience those moments as they happened though. Instead we get the short abbreviated version the next morning from one of her friends who happened to witness it all since Everly herself couldn’t remember. I think it would have made the story all the more enjoyable if Everly had just gotten a bit tipsy which made her loosen up rather than drinking to the point where she couldn’t remember anything. Just goes to show that when you limit your calorie intake, getting drunk happens a bit more quickly than you might be used to!

Series: I think this is just a stand-alone, but I think it would be hilarious if we could either get a series, or maybe just one novel of short stories featuring the romantic exploits of Everly’s hilarious gal pals from her Zumba class. They were a riot!

Should you read it? This is definitely a fun and comedic read all about being happy and confident with yourself. Whether that entails losing weight, trying new things, dating someone new, or venturing out for a new job opportunity, this book highlights that sometimes it’s worth taking the risk. You might be terrified at first, but as long as you give it a solid effort, and maybe have a few close friends who have your back, you can do anything. A cute beach read that’ll make you giggle, and empathize with someone who hates dieting and going to the gym just as much as you do.

Smut Level: We have flirtations galore, but no detailed sex scenes in this one. We just get one brief build up to sex at the very end of the novel.