For any of you with a positive childhood association with pop rocks, let’s just say this novel takes a rather R-rated spin on the beloved candy.

Dee
I’ve always been good at wearing masks. Not letting anyone see the real me. I’m content being the happy-go-lucky best friend. The strong willed boss. The independent woman who doesn’t need a man. But the truth is I’m just as broken as the rest of you. I’m terrified that all it will take is one person to make all my carefully constructed walls crumble into fine dust. So I guard my heart with everything I have. Determined to never let anyone get close enough to hurt me again. All is perfect until HE walks into my life. No… he doesn’t just walk. He struts his good-looking, sex-oozing self right into my space and demands that I see HIM. Making me want what I know I can’t have. So I did the only thing I know how to do. I run. But he just won’t let me go.

Beck
The second I see her, I know she will be mine. I see past the gorgeous smiles and heart-stopping laughter. I see HER. She doesn’t want me to know her secrets or the past that haunts her, but I make it my mission to find out. To make her mine. She can run all she wants, but it will never be far enough to stop me from coming after her. She’s it for me and she knows it. She’s just too scared to admit it.

It’s important to note right off the bat that if you haven’t read the first two books in this series, then you should set this book down right now and walk away slowly. This book is categorized as a “inter-connected standalone”, which I guess makes sense since we deal with a new couple in every book, but there are some pretty crucial back stories and dramatic events that unfolded in books one and two which have an immediate impact on our couple for this third book. If you were to skip out on these first two books I have a feeling you’d find yourself pretty lost when it comes to this one. That being said…I have read books one and two and even I found myself a bit confused and lost at times.

Back to the Beginning

When this novel starts off we actually do a mini travel through time back to when Dee and Beck first met in the first novel in this series, Axel. After a few scenes involving their first foray into a physical relationship, we then jump ahead to “present day” which finds us picking up where book 2 left off. Here’s my problem with this approach. The jump back to their first meeting was pretty unnecessary. We’ve seen this all play out before, but now we just see it from Dee and Beck’s point of view, and honestly I feel like it didn’t add a whole lot of insight into their relationship. But here’s the real problem. A LOT of stuff happened between their first meeting and the present day situation that actually was important, and it was basically glossed over. Was it cute to read about how they both desired each other upon first meeting? Yeah, sure. But did it actually say anything that would help me better understand the dynamic of their relationship today. No, not really.

Something which would have been much more enlightening and crucial to get insight on was how Beck helped Dee cope with PTSD after seeing her best friend get shot, how she spiraled into a deep depression, how he had to pull her back from the brink of committing suicide, how he helped her find a professional to speak to about all that she’s suffered through in life. Instead, we just get a brief mention that these events took place throughout the past two years. This is why I couldn’t help but feel lost at times throughout the book. Why didn’t we focus more on those important moments in their relationship? Did I miss something here? I feel like those moments would be so telling as to why Beck consistently stays by Dee’s side even though she closes herself off from the prospect of engaging in a long-term relationship with him. It would show why he keeps coming back to her, and indeed why she keeps coming back to him for help. I couldn’t help but feel let down that we didn’t see more focus on those first instances where things started to spiral out of control for her. Instead we see what comes after, where she’ll have some setbacks here and there, but not so much the impetus for how it all began.

Those You Least Suspect

Something that I think this novel did extremely well was to focus on the impact that depression can have on relationships and friendships with others. Beck is really the only person who knows the depth to Dee’s struggle with depression. He’s apparently been there for every low moment. Even though Dee eventually pushes him away due to her general distrust of men because of her ass-hat father’s behavior, the two always manage to find each other again for a very complicated on-again off-again relationship. This is something their respective friend-groups simply don’t understand, and even mock at times. Their constant back and forth seems somewhat childish and too “high-school” drama for them. But here’s the thing. None of them know the truth about Dee’s depression. She wears a mask of happiness and enacts a bubbly persona to keep them off her scent. 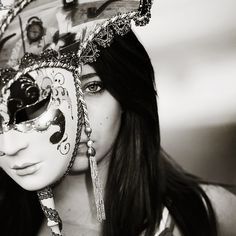 It’s such a sad glimpse at how far someone will go to keep all of their depression inside and hidden away from those closest to them. Eventually though, both Dee and Beck come to admit the truth behind Dee’s depression these last few years to their immediate friends. Beck gets especially snippy at one of Dee’s best friends, and the focus of book 2 in the series, Cage. He definitely loses his cool by insisting that if Cage were a true friend, and not so swept up with focusing on his own life, he would have been able to see the reality of what was lying underneath Dee’s mask. It’s an interesting conversation for sure about finding a balance between love and friendship. Was Cage so focused on his own love life that he missed the signs of his best friend falling so deep into despair that she felt the need to end her life? Is it fair to ask Cage to put aside the dramas and issues of his own life to focus on Dee, especially seeing as she is so adept at putting this mask into place? These are questions that really don’t have answers, but the debate which is waged in this novel opens up both sides of the argument in a very intriguing way. 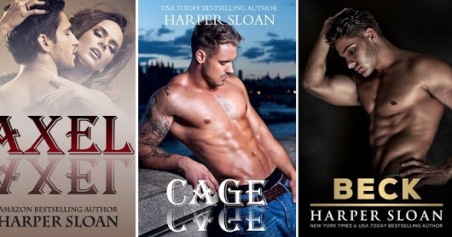 Series: Corps Security, book 3. I feel like I keep saying this when it comes to this series, but while this book definitely wasn’t my favorite, I’m really looking forward to what comes next.

Should You Read It? Overall, not my favorite book. The first half or so is kind of slow, repetitive, and didn’t hold my interest as much as I would have liked. BUT! And this is a big freakin’ but. The second-half of this book is phenomenal. The suspense and action really kick in, and there is a shockingly emotional twist which takes place towards the end that left me in tears. I don’t want to spoil it, but let’s just say it results in these tough-as-nails military men breaking down to the point where they don’t try to hide their own tears from flowing. It also sets everything in place for the next novel that I am really looking forward to reading.

Smut Level: Whenever these two have sex, I’d say 9 times out of 10 they end up on the floor. It doesn’t matter where they start their exploits: the bed, the kitchen counter, the kitchen table, eventually they’ll roll their way in a screaming and panting mess to the floor. They usually manage to break a few things in the process too!