“I can’t imagine the world without my tub. A hot bath can heal any mademoiselle’s soul.” I seriously think I need to get these words embroidered into my bath towel. Truer words were never spoken.

Death is only temporary and then you’re reborn, sending out a call to other souls linked through past friendship, love—and betrayal. When WWII nurse Cora Tate discovers she can remember past lives, she is thrust into a world she never knew existed but lived through more times than she could count. Although the memories of her many pasts have not yet returned, she finds herself at the center of a centuries-old conflict with a clear line dividing those who seek power and those who seek to give it. With her superior fighting skills and instincts for battle resurfacing, Cora agrees to fight, joining ancient warriors who could never blend in and a petite female sniper you could never see coming.

With battle after battle, Cora’s memories begin to flood back–though some not soon enough. Their leader, British Captain Alastair Scott, doesn’t hide his feelings for her, barely reigning in his passions in his attempt to give her space to remember. But as Cora’s mind begins to open further revealing her love for Alastair and the never ending war in which they fight, memories of another soul emerge from a far away past where lovers turned into enemies and enemies became lovers. With her destiny held in the balance, Cora must reconcile who she once was with who she was always meant to be to finally end the war.

Cora is just trying to make it through each day as a nurse in the midst of WWII. Little does she know, she’s actually a key player in a war that has been raging for centuries, and that she herself has been fighting throughout countless lifetimes. The details of this war are…complicated, so I’m gonna do my best to summarize it. Cora is part of a group of men and women known as guises, who “have the ability to recall skills and knowledge from their previous lives, making them superior to others in this world.” Cora is part of the good group of guises, who believe that mankind is inherently good. But then there are the Vigilare, led by their uber evil leader, Vitus. These are the bad guys who think that war is simply an inherent part of human nature, and their sole purpose throughout the centuries is to remind humans of the hate and darkness lying within them. It’s your classic tale of good vs. evil; the angels and the devils on the shoulders of humanity. Cora is apparently the key to it all, but there’s one major problem. She’s only just learning that she’s a guise, and can’t remember the details, or fighting prowess, from any of her previous lives.

In order to remember how to fight, Cora’s fellow guise comrades determine she needs to be placed in a situation where she has no choice but to channel her skills. Essentially, she is walking into battle unarmed, yet at the same time she has all the necessary training needed to succeed. If only she can remember it. It almost seemed like a baby bird learning to fly. Approaching the ledge, needing to jump, and hoping that eventually the flapping of wings will save you. We can sense her trepidation, and I must say it was a cleverly suspenseful way to help us as the audience connect with Cora’s character. We might not be a guise, but we can all imagine the fear which would envelop us if we were placed in a similar situation. To be thrown into the middle of a battlefield and basically told, don’t worry, it’ll all come back to you. The hell you say?!

We initially question why her teammates wouldn’t just tell Cora about her past lives and their mutual connection to her, so that her fighting skills and other memories could come back to her faster. Well let’s face it, that would simply be too easy. However, it’s also a key feature that separates them from the enemy. They don’t want her memories to be tampered by their view of how events transpired, and instead believe it’s better for it to all come back naturally to her. Honestly, I think the camaraderie of the team was my favorite aspect of the novel. Their countless lifetimes together have strengthened their sense of loyalty, and they’re constantly looking out for each other. Also, you can’t help but love how each character’s distinct personality comes together to form a cohesive team. 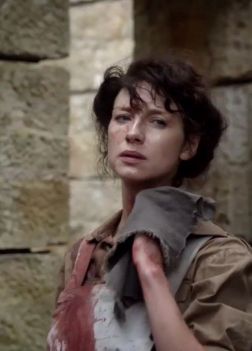 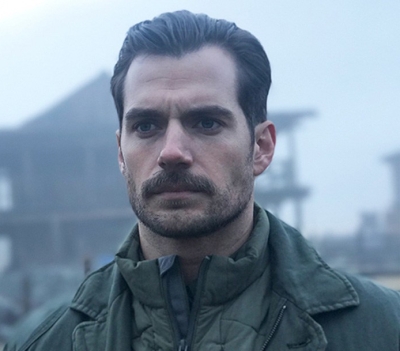 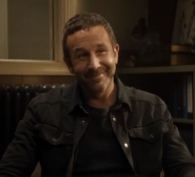 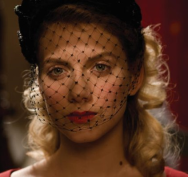 No Ending to True Love

In my opinion the one down-side to the strategy of leaving Cora to come by her memories naturally was that it sort of impacted our ability to really understand the depth of Alastair and Cora’s emotional connection. The link of the team is undoubtedly strong, but I was left wanting more in terms of our lead couple’s romantic pulse. These two have a love that extends across multiple lifetimes, but because Alastair tries to keep away from Cora in the beginning so she can realize their love on her own, it thereby creates a sense of distance between them. While it’s true that Alastair has immense difficulty in staying away, and often loses his control to stroke her hand, nuzzle her neck, or devour her mouth, when all was said and done I wished we had been able to connect with them more as a couple rather than comrades.

Instead there was more of a focus on dealing with the undoubtedly important matters of war at hand, and develop their strategy against the ultimate enemy, Vitus. Totally understandable, and I have a feeling we’ll uncover even more of their connection in the next book. I just wanted to see a bit more of them discussing what brought them together all those lifetimes ago, and how it’s managed to persist for so many lifetimes thereafter. When it comes to these two, “true love never has a happy ending, because there is no ending to true love.” They mention throughout the story that there’s a line which draws them together, how their pulses are linked, but I guess as the reader I had some trouble feeling this line.

This war against the Vigilare is literally never ending. Death does not mean an end to the controversy, but rather the person will be reborn to continue the fight in their next lifetime. A unique aspect to this endless cycle of war is that it’s not always the same battle on repeat. In one lifetime the Vigilare leaders might be annihilated, only to have them prevail in the next one. Cora may succeed in bringing about peace for humankind, or the Vigilare might find and kill her before she has a chance to remember anything from her previous lives. It definitely makes for a suspenseful read, as the possibility for failure is very real.

My one question though is aren’t they tired of this never ending struggle? Sometimes they win, sometimes they lose. If either side should succeed, it’s a short-lived success. Once they die it just starts all over again. Sooo…what’s the point of it anymore? I mean seriously, after so many centuries of fighting can’t they just be like, ok, you take the Caribbean, we’ll take the south of France, in 100 years we’ll switch. Byeeee, have a fun century. Let the humans do whatever the heck they want. I have a feeling this book has just demonstrated to me that I’m far too lazy to ever become an evil overlord. Thank goodness.

Series: Historical Fantasy Romance, book 1. This book definitely ends on an “oh snap” moment that will make you want to find out what might come next. I’m definitely intrigued!

Final Impression: The overall balance of the novel was slightly off for me. There’s an exciting start as Cora realizes all is not as it seems in this world, and I loved the introduction to her rag-tag team of guises. The middle portion did drag a little bit as they venture around war-torn Europe going from mission to mission. It all culminates with a suspenseful and action-packed finish, albeit one that felt slightly rushed. I wish it had come a few chapters earlier in the book, especially the eventual face-to-face confrontation with Vitus. There were so many repercussions of this meeting, and because it happened so late in the book those following details were kind of glossed over in order to pull the reader into the next novel.

Smut Level: Alastair does all he can to keep his distance from Cora, who is still trying to discover how she fits into this world of guises. However, after centuries of falling in love over and over again, the man only has so much willpower 😉