“A life without adventure. Or a life with too much adventure?” Which would you choose?

CeCe Ahlstrom, massage therapist to the rich and famous, is done with men. Her last rich boyfriend tried to kill her on an ill-fated cruise through the Grenadines. Now she’s determined to get on with her life but can’t find the funds to get to her next spa gig in Portugal. Then along comes notorious womanizer Captain René Baudoin. He’s hell on the hearts of women, he can handle any storm at sea, yet he might have met his match in a leaky old boat. He needs a first mate crazy enough to help crew the wreck known as the Tourbillon across the Atlantic. Destiny draws CeCe and René together, but things are not what they seem. He struggles with a family secret that could destroy his future and CeCe will have to face a truth not even she knows yet. Out on the open sea, René and CeCe soon find themselves…UP TOO CLOSE.

CeCe and René are determined to cross the Atlantic without any sexual funny business popping up between them. In order to entertain the idea of such an undertaking, René has to constantly remind himself to view CeCe as though she were a six-foot-four hairy Turk. Yeah…we’ll see how long that little mental trick works out 🙂 One of the seemingly principal features of René’s personality is that he is a hell of a flirtatious Frenchman. It’s an aspect that was strikingly clear in the first book, and we see it carry over into this second book as well. His attempts to reign in his flirtatiousness when in CeCe’s presence sometimes proves too difficult to maintain.

However, as CeCe and René develop a more deep and meaningful relationship on their trek throughout the Caribbean we see that René’s flirtatious personality almost disappears entirely. Not gonna lie, I was kind of torn with how I felt about this! I’m not saying I wanted him to flirt with others, but the cute sexual suggestions that he and CeCe would throw back and forth at each other during the start of their journey were really the cornerstone to the comedic aspect of the novel. It’s nice that René matures to realize how important CeCe is to him, and that he no longer has the desire to be the playboy French captain he’s developed a reputation for. I just wish there had been a continuation of his flirty side so that it didn’t feel as though we lost a fun part of what made René, well, René!

Before CeCe and René get too far along in their journey we see them pick up another unexpected passenger, and that would be René’s grandmother’s Portuguese water dog named Chienne. Aka dog. Aka…bitch. While I would identify myself as a cat person, even I would be the first to admit that this dog is freakin’ adorable. Hands down, the standout feature of the book for me. Chienne forms the final piece of this mismatched family in the middle of the ocean. The fact that the dog hates René, yet loves CeCe makes the dynamics between all three characters all the more fun. Of course by the end of the book we see Chienne open up to René, and it just breaks your heart a bit. In a good way though!

The Supplemental Joys of Life

One of the key features of the first book that I absolutely loved was all of the delightful secondary characters. However, it seemed like this element was sort of missing in this novel. Sure, we get an introduction to Rene’s grandmother towards the beginning, and CeCe’s family towards the end, but throughout the majority of the novel we just see this rag tag group of three sailors out on the open ocean. Yes, I’m including Chienne in that sailor count! Don’t get me wrong, I absolutely loved Chienne, and could probably just read a book about all of his canine adventures, but I think seeing a few more supporting characters throughout the middle of the book could have helped balance out the fun of the novel. 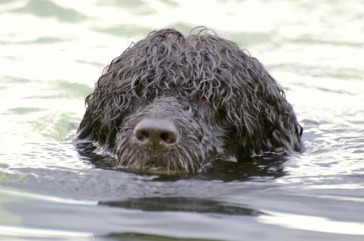 We do get another peek of one of the more elusive and crazy characters from book one, which is Devin Manning. He’s funding this little expedition to Portugal, and is the most intriguing of wannabe James Bond spy characters. Unfortunately we didn’t see as much of him in this novel as I would have liked. The few glimpses we caught of him in book one seemed appropriate, but I felt like as we move along in this series it would be fun to learn just a bit more about him and his background. Instead, he’s probably even more of a mystery now than he was in book one. Hopefully in book three we’ll finally discover some kind of method to his madness. Although I could also see him being a continuous mystery character who pops up whenever he feels like it.

It was kind of tricky to track how far along our couple was in their journey. True, we are provided with the longitude and latitude of their location at the start of every chapter, but maybe a map image would have helped a bit more to visualize their progress…or lack thereof. There was such build-up to this strenuous journey, and yet the bulk of the novel seemed to involve CeCe and René traipsing throughout the Caribbean. Then all of a sudden they’re in Portugal. With the turn of every page I kept wondering, ok, when are we gonna start the crossing to Portugal? Once we got to the half-way point I actually became convinced that we’d never get there. Imagine my surprise when lo and behold we finally get to the last few chapters and we’re basically transported there in the span of a chapter or two. Is it really that quick? Do I need to take a week off work for a fabulous sailing adventure across the Atlantic? Yeaaaaah…no. Let’s face it, a storm at sea is basically a guarantee.

There are some humorous features to this novel which will definitely make you chuckle aloud. CeCe’s crazy family reunion in the city of Horta is sort of the climactic event for silliness. We even get a confrontational argument between CeCe and René in the midst of the reunion wherein they both have microphones to confess some of their biggest secrets in a crowded room full of CeCe’s friends and family. Kind of a cheesy scene, and ultimately I wish that more of these silly comedic elements could have been spread out more evenly across the breadth of the book. They’re all sort of reserved towards the end, which lends an unbalanced feeling to the book.

We are introduced to René’s outspoken grandmother near the start of the book, and then we get a mad glimpse of CeCe’s crazy family at the end. The heart and soul of the book involves René and CeCe connecting both physically and emotionally alone in the middle of the ocean. The fact that their moments of romance are book-ended by some rather over-the-top, almost cartoonish characters means that you go through a bit of whiplash in regards to what tone is being set for the novel. I felt like either the other supplemental characters should have been toned down ever so slightly, or maybe we needed one or two additional comedic scenes towards the middle of the book to help with the overall flow of the story. 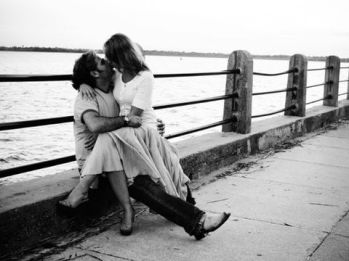 Series: Love Overboard, book 2. Just one more book left in this series, and I’m curious to see how it will come together.

Final Impression: Overall I’d have to say I probably enjoyed the first book in the series a bit more than this one. We saw a more well-rounded arch to the story line, and it was a funny read without being too silly. I definitely found myself chuckling with this read, but by the end it sort of crossed the line into being too silly. The premise and set up for this sequel was definitely still a hoot, and the moments where René and CeCe could truly escape from the pressures of their reality by spending alone time together in their romantic bubble on the sea were rather special. Chienne’s boisterous personality might just be the best feature of the series so far.

Smut Level: Sex on a deck in the middle of the ocean. Nothing around but the ocean breeze, lap of water against the hull, and what must be a ton of blisters in the ass. CeCe and René also somehow manage to 69 whilst on this boat. Is it just me, or does that seem like a rather dizzying activity. Probably opens a portal to the Bermuda Triangle or something.

One thought on “Up Too Close by Andrea K. Stein & Sawyer Stone”