This is one of those novellas that will be over before you know it, and leave you craving for more!

During negotiations for a truce between the feuding Price and Morgan families, Lord John Morgan makes a shocking offer: he will give the Price family their land, in exchange for Harrison Price’s hand in marriage. John has long been enamored with Harrison, the beautiful son of his late rival. Harrison is nineteen, inexperienced, and known for being cold and bitingly brilliant. The union seems impossible, but John is determined to win the affections of his young obsession. Will the frigid Harrison concede, or will the object of John’s adoration leave him alone at the altar?

I didn’t realize before starting this book just how quick of a read it was going to be! One night before bed I figured I’d start on it, maybe finish a few chapters before catching some zzz’s. Next thing I know thirty minutes have passed and I’ve reached “The End”! This would be a great quick read to take to the beach, although truth be told you’ll probably be finished with it by the time your first coat of sunscreen actually sinks in. Technically this reads as a historical regency romance, though we can tell it’s not necessarily set in a true historical time period seeing as John and Harrison can be fully open about their love with everyone around them. It’s simultaneously delightful to feel like you’re set in the time of Pride and Prejudice, yet also rather sad to acknowledge that such an open romance between two men could never take place in society at that time. 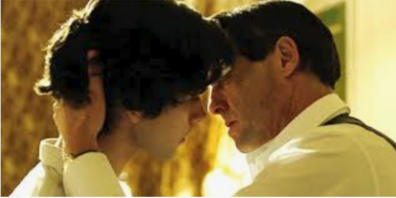 Does John blackmail Harrison into agreeing to marry him? Eehhhh not reaaaaally…but kind of. The long and short of it is that Harrison always had the option to say “no” when John offered to return Harrison’s family land in exchange for his hand in marriage. It’s never called into question that if Harrison had said no, John most likely would have still proceeded with the negotiation to return it sooner or later. After suggesting the exchange, John lets Harrison think on his proposal, and doesn’t even provide a quick timeline or ultimatum which would make it seem like Harrison had no choice in the matter.

That being said, we can’t deny that John is sort of using Harrison’s recent familial loss as a way to win the man he’s always wanted. For the past several years, John has been in a land dispute with Harrison’s father over the fact that a zoning technicality actually places their family’s cemetery plot within John’s property line. Harrison hasn’t been able to lay flowers on his mother’s grave for three years, and now he must bury his recently deceased father. When John has it written into the negotiated paperwork that he’ll give back the land for free on the condition of receiving Harrison’s hand in marriage? Well, we won’t say he forced him into marriage, or took advantage of his grief, but he may have given him a slight poke in the ribs.

Harrison has always been known in society as a rather closed-off individual. He’s been surrounded by melancholy for the last three years since his mother’s death, and now his father has passed on as well. He’s been overcome with grief due to so much death that he’s forgotten what it’s like to live. John is the one to remind how. One of the most emotional scenes in the book involves Harrison seeming completely crestfallen at the prospect of spending the rest of his life alone without the two people he’s loved most in this world. John encourages him to realize that while it might be difficult to imagine, things will inevitably get better with time. He just has to remember to live. The fact that Harrison has to ask John, “What is living” is such a heartbreaking reminder that he has forgotten what it feels like to be alive.

Through John’s loving attention, kisses and embraces, he remembers. He remembers those moments years ago where John would stare transfixed at him from across a ballroom; remembers what it was like to have a far away crush on this man; remembers what it’s like to feel. Towards the end of the novel Harrison declares that “he remembers” in reference to John’s undivided attention all those years before. I like to think it not only signifies he remembers the longing looks that another man bestowed upon him, but that he also remembers back to a time before the death of his parents, before he was overcome by grief, and that he remembers what “living” used to feel like. The fact that John is the one to reawaken this passion for life demonstrates the depth of their connection.

The Beauty of Music

John’s seductive stares might have been powerful all those years ago, but they weren’t what drew this couple together. In a way, music was actually the driving force behind their relationship. John first noticed Harrison’s hands as he played the violin at a dinner party years before, and his clear devotion to music was what made John start paying attention to this young man. Harrison was always too shy to willingly perform his music in public without the urging of his family, so it’s a sight that John hasn’t seen again in all that time.

Once John grants Harrison access to his family’s cemetery once again we see Harrison play the violin at his parent’s graves before breaking down into sobs, admitting that he only used to willingly play for his mother before she died. It was a gift he only chose to share with her. We know this is probably the most sacred part of himself, and after John and Harrison spend more time together he chooses to share this special gift with John. It’s a beautiful moment between these two lovers, and it’s proof of how much Harrison has come to trust and love this man in such a short amount of time. As a musician myself, I must say that John’s fascination with Harrison’s ability to play, and Harrison expressing his love for John through music was probably my favorite feature of their story. 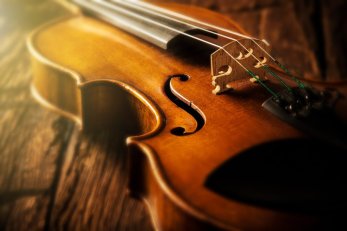 “I love music. The way it makes me feel. And I love you. You make me feel like music. If I were a romantic, then I’d say you’ve made my life like a song.”

Final Impressions: I wanted this to be a full-length novel. I wanted more of those descriptions from back when John and Harrison first met, the feud between John and Harrison’s father, and those weeks following John’s rather peculiar proposal which detailed the time they spent getting to know and learning to trust each other. Can you understand and still appreciate the story that’s being told without all of that description? Of course, but that doesn’t negate the fact that I’m a greedy reader who wants to see as much from this couple as she can!

Smut Level: John is Harrison’s first kiss, first love, and first lover. He might be new to intimacy, but the man is a student at Cambridge. Let’s just say he’s a quick study of this whole “pleasure” concept.

2 thoughts on “A Lord to Love by Sara Dobie Bauer”