Well folks, the time has come to bid a fond farewell to the The Skin Quartet series, as we’ve arrived at the fourth and final installment of the bunch. This time it’s Hanger’s turn to find romance in the tough city streets of New York. It’s been ten years since we last saw this spunky street kid graffiti artist, and he’s now grown into a wealthy and sophisticated architect. Or has he? 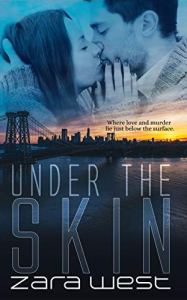 Born poor and raised on the streets, celebrated bridge builder and billionaire, Mic Vargas is knee-deep in the construction of a trouble-plagued bridge from Manhattan to New Jersey. He really can’t afford to take in a stray thief and fall in love with her. But when a beautiful, snappy-tongued, illegal immigrant literally drops at his feet, he becomes consumed with saving her and her family from poverty.

Cat burglar, Lena Correr stopped trusting anyone long ago. Not even a rich, handsome billionaire with good intentions can break through her defenses. At least, not until an East Coast crime boss threatens her family and forces her to steal for him. Mic vows to help her and her family escape the hell they are in. But will the man Lena is coming to love succeed, or will he end up dead at the hands of an old enemy?

Of all the books contained within this series, this final novel proves to have the most poignant, thought-provoking, and perhaps relatable observation of them all. Up until this point, we have seen a focus on characters who were wealthy billionaires, tattoo artists, and some who lived on the streets. In this final novel we see a focus on Mic, a man who just ten years before was a kid living on the streets, putting up graffiti tags all over the city with his protective sister. He’s now a successful architect, richest beyond his wildest imagination. He lives in an expensive townhouse with fancy clothes, a soft bed, warmth, and plenty of food. And yet, who is he really when you peel away all the outer layers of perceived wealth? Who is he under the skin?

We’ve all heard the phrase “money can’t buy happiness”, and in this novel we see an examination of how true that statement can be. For even though Mic now seemingly has everything he ever dreamed of and more, underneath it all he misses his former life living on the streets. It may not have been glamorous or safe. He may have gone to bed cold and hungry, but he lived his life the way he wanted, unbound by rules and people dictating where he could and couldn’t go. This observation that Mic carries out throughout the novel in regards to how his life has turned out grounds us as the reader. It encourages self-reflection, and for each of us to consider who we might be when we remove the facade of what others might expect of us.

Two Peas in a Pod

This deep introspection of who a person truly is on the inside carries over into Mic’s interactions and eventual relationship with Lena. Upon first meeting, Mic has a basic surface-level impression of this young woman. She’s a thief. A child of the streets, just like he used to be. But by having come from that world, Mic understands that there is often more beneath the surface that can drive a person to sometimes do terrible things. Mic becomes transfixed to discover how this beautiful young woman resulted to thievery in order to solve her problems in life.

As we learn who Lena is under her own skin, we discover that Mic’s initial inkling that there was more to her than meets the eye was entirely accurate. Lena steals, not for herself, but for her family. As undocumented immigrants in a big city, her mother and little brothers have few options, and she’s taken it upon herself to ensure they make it through each day in one piece. Her fall into thievery was not done because of greed, but rather survival and caring for her family. Lena was initially on the path to becoming a nurse, but when her father was deported, and the scumbag lawyer who defended him demands an exorbitant fee, Lena has no choice but to result to a life of crime. We soon see that her life is much like Alice’s, in that once she makes that first fall through the rabbit hole, things start spiraling out of control very quickly.

Another successful point of this story is that it manages to keep you on your toes from start to finish. Every time you think there might be a lull in the suspense, another dramatic element will be introduced just at the right time to ensure you’re still paying attention. On the one hand, we see some shady and questionable issues surrounding Mic’s latest bridge project. On the other, things start to spiral out of control as Lena’s success as a thief draws the attention of one very seedy character who becomes intent on drawing her into his world of crime. And he’ll do whatever it takes to bring her over to his side, even if he has to threaten the safety of her mother and brothers to do so.

Mic is intent on helping Lena and her family escape whatever trouble it is they’ve found themselves in, to the point where he’s willing to brush aside the turmoil of his own life in order to focus all his attention on saving this woman who has quickly come to mean so much to him. Lena constantly struggles with the question of  whether or not she should put her trust in Mic, or if she should instead do whatever she can to push him out of her life to spare him any hurt. These inner debates were successful in building up the intensity and unpredictability of a scene, yet also incredibly frustrating at times. We see her logic in the fact that she barely knows this man, and that by asking him for help she might be placing him in extreme danger that he might not be able to get them out of. At the same time though, you just want to scream at her to take the helping hand that’s being offered, to hold on with all her might and never let go. 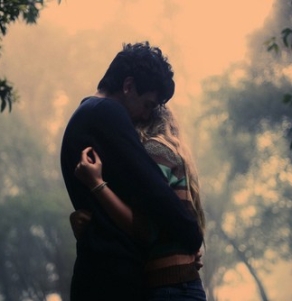 Series: The Skin Quartet, book 4. It was an absolute delight to reconnect with old friends from throughout the entire series, as well as thrilling to see a few familiar foes come back into the mix as well.

Final Impressions: Even though Lena and Mic have a dramatic initial meeting, you can’t help but notice that for a good portion of the first third or so of the novel, they don’t really spend any time in each other’s immediate presence. However, that first impression was all it took for them to spend practically ever waking moment contemplating the other. It adds to the intense need of their relationship, yet also helps contribute to those moments where they can’t seem to fully trust each other seeing as they barely know each other. While there was a constant roller coaster of suspenseful moments throughout the novel, the final conclusion did seem a bit rushed over, and possibly with some loose ends still left unfinished. When all was said and done there was a lot of havoc wreaked upon our primary characters, seemingly without end for a decent amount of time, and it was rather jarring to discover that the reason behind a good portion of this pain was quite trivial in the grand scheme of things.