What happens when the happily ever after ends?

Everyone wants to be me. Maybe it’s the sway of my skirt or the way I flip my hair, but I don’t care. Even though their attention is the last thing I crave, I just can’t stop. I dominate the track, the speed rattles my bones, and the wind and the crowd screams my name. I’m her. The girl driver. The queen of the race. And I’m surviving—something he thought I’d never do.

They all talk about him. Did you see Jared Trent on T.V? What did you think of his last race, Tate? When is he coming back to town, Tate? But I refuse to care too much. Because when Jared does come home, I won’t be here. Tatum Brandt is gone. I’m someone new.

So, it’s been over two years since I read the last book in this series. The fact that this fourth novel revisits the couple allll the way back from book one meant that I needed a bit of a refresher to remember who the heck these people were! After reading through a few synopses online it all came rushing back to me, but nevertheless the start of this novel definitely throws you for a loop. After all, the last time we saw Tatum and Jared they were madly in love with each other, and were always the glue that held this small group of friends together throughout the entire series. However, when this fourth and final book opens we find that they’ve been broken up for a few years now, and seemingly can’t stand to be around each other. As far as the progression of a series, this one is surely unique in that we once again get to revisit the couple which started off this whole world, and we see that things weren’t necessarily all rainbows and sunshine after their happily ever after. 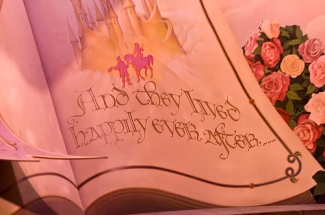 A Bump in the Road

While Jared and Tate had a rocky road to eventually finding love during their last year of high school, books two and three of this series highlighted that their relationship was stronger than ever. So where did it all go wrong? As it turns out, when Tate was happily following her dream of studying in college, starting out on the path to one day becoming a doctor, Jared was secretly sulking. He may have been blissfully and wholeheartedly in love with Tate, but he was unhappy with other aspects of his life, mainly in regards to what his calling would be in terms of a profession. Jared ultimately decided he had to break out of the humdrum routine of his life to figure out what it was that he really wanted to do. Mkay, totally understandable. The problem though is that he went about it in a rather shit way! 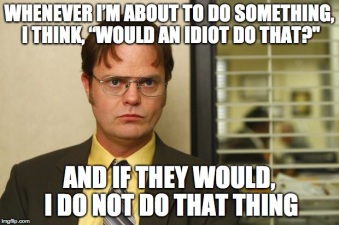 Essentially, Jared secretly stewed in his melancholy without opening up to Tate about how he was really feeling, and basically made up his mind on his own to pack up his bag and leave her behind one day without any warning whatsoever. For all she knew up until that point, they were both living their best lives. Tate saw his departure and search for an identity as a selfish choice whereby he abandoned her. Jared on the other hand still loved her, and just assumed that because of their close connection she would understand what he was thinking. His biggest misstep in this whole situation was that he assumed she would wait for him. Why should she? Jared gave no indication of where he was going, when he might be back, nor did he attempt to establish any lines of communication with her before he left. While we do sympathize with his ennui with life, Jared should have confided in the love of his life about everything. All in all, he certainly dropped the ball on the matter, and shouldn’t have been too surprised when Tate ultimately turned to another man in an attempt to move on following Jared’s departure.

A Trip Back Home

So that’s how our novel opens! The perfect couple apparently wasn’t so perfect after all. They haven’t seen or spoken to each other in years, and yet when Jared is called home by his mother to welcome the birth of his little sister, his and Tate’s paths cross once again. After all these years Tate is still bitter about Jared’s unexpected departure, and he judges her for not trusting in him to return. Lo and behold when the two meet again they can’t help but revert to their old ways. It was pretty humorous, yet also somewhat preposterous that now that we see them as adults they both adopt the same relentless strategies they used when they were teenagers, and the story once again manages to feel like a high school drama.

The truly interesting component though is that whereas their teasing back in book one quickly devolved into controversial bullying, now that they’re adults the teasing becomes a form of sexually charged foreplay. Sure, they throw out some low blows and say some shitty things to each other, but you almost roll your eyes at the fact that we all know where these two are gonna end up. In bed…naked…with each other. Why do they fight it? No freakin’ idea. Especially when they both admit to themselves they still have feelings of desire and love for one another. They can push each other away all they want, but if the history of these two characters has taught us anything, it’s that the harder they push, the harder they’ll fall. They might as well just give in and get rid of their clothes already.

Series: Fall Away, book 4. This appears to be the last full book in the series, with a few half and quarter books here and there to follow. However, we seem to get a nice conclusion to the love story of Jared and Tatum.

Final Impressions: The start of this book was rather jarring to see that the seemingly strongest couple of the series was no longer together. It was important to show though that not every relationship is perfect. While there may be a few bumps in the road, if it’s true love then nothing can keep a couple apart. However, it didn’t take long before the immature antics of our lead characters started to get old, and you sort of yell in frustration for them to admit they’re still in love with each other. We know it’s an inevitability, yet I was still surprised when it eventually did happen, as there was still a good portion of the book left. I guess the progression of the story seemed somewhat off kilter, but overall it was an interesting and engaging tale. It was also fun to eventually get a glimpse of what happens to our characters even a few more years down the road.

Smut Level: Tate and Jared spend a good portion of the book trying their hardest to dislike each other, but all that does is build up an immense pressure of sexual tension. When that pressure is ultimately released…it blows the roof clear off!