Well, I’ve gotta hand it to this book, it has one hell of a unique title. As for the story goes, I’m not really sure what just happened. 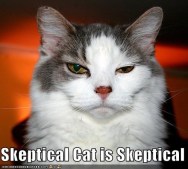 Mark meets a plethora of different characters throughout the novel, and each one is crazier than the last. In my opinion, the personas were too outlandish to be believable, which took away from how much you could really connect with any of them. The entire novel culminates in one tediously long, drawn-out scene in which practically all of the characters from the book come together for a reading of Mark’s newest script, Phone Book: the Movie.

The second element which I barely noticed at first, but had me on the brink of chucking my Kindle across the room by the end, was the addition of rambling lists. For example, did you know that Mark has written dramas, comedies, dramedies, romantic comedies, sophomoric comedies, teen comedies, family comedies, action, adventure, action-adventure, thrillers, sci-fi, and westerns? He also talks about producers and directors and writers and actors and agents and managers and painters and carpenters and this guy really needs to learn the use of etc.

Should you read it? It was a little out there for my taste, and has convinced me to never move to LA if there’s even a smidgen of a chance I’ll meet people like this out there.