The third book in this series threw in one heck of a cliffhanger ending. Black Orchid continues on with that storyline, and brings the entire Svatura series to a dramatic close. I’m sad to see it end, but it sure was one heck of an exciting ride! 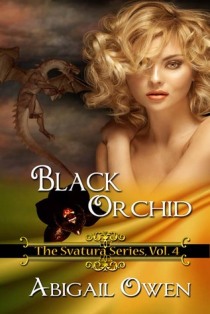 Only oblivion can stop her pain. Adelaide Jenner feels nothing…she is completely numb inside. Her fated love abandoned her and joined their enemy. On that day, her sister turned off all Adelaide’s emotions in order to save her from a heartbreak that could push her over the edge of sanity. But the great power she claims, wielded without compassion or love, can only lead to more pain.

Nate Pierce believes Adelaide used her extraordinary powers to deceive him all these years. So he destroyed a relationship he thought to be false and hungers for revenge. Now, Nate serves Maddox, unaware that his new leader is using him as a pawn in a bid to enslave or kill all Svatura. The only hope of finally defeating Maddox is for Adelaide and her sisters to combine their growing powers against him. But the key to a Svatura’s power is the heart, and Adelaide is still missing hers.

I must say, I was kind of hesitant to start this last book. At the close of book 3 we saw the te’sorthene bond break between Nate and Adelaide as he left to fight alongside their sworn enemy. Brainwashing can be such a bitch! I was worried that these two would spend the majority of the book apart, or fighting with each other. However, I was pleasantly surprised to encounter what was probably the most dynamic plot of the series. Although, book 3 was pretty bad ass too. Gah, they were both amazing! 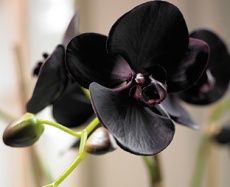 Adelaide is absolutely heartbroken over Nate’s betrayal, so her sister decides to shut off Adelaide’s emotions completely. This strategy backfires as it makes Adelaide a threat to those around her, so the family makes the fateful decision to wipe away her memory of Nate entirely.  Yes, this does sort of read like an episode/season of The Vampire Diaries, but I don’t even care because that show is freakin’ awesome. 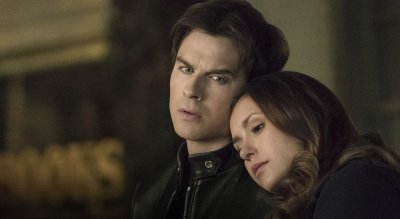 As Adelaide spends time alone recuperating in the Australian Outback, Nate is sent on a mission from the devious Maddox to approach Adelaide as a lost backpacker, and gain her trust so that she can be used as a pawn in his war against the Svatura. This is when the novel takes a step up from interesting, to “oh crap I should have left for work 10 minutes ago” interesting. Translation: tough to put down!

No Point Denying It

Nate has been brainwashed by Maddox’s minions to believe that Adelaide and her family are his enemies, but as he spends more time alone with her he can’t deny that there is a sense of camaraderie and belonging between them. Adelaide herself is initially wary of this stranger, but she also can’t deny the calming effect he has over her, and their growing bond of friendship. Not to mention a hint of lust! And cue sexy eyebrow waggle.

The entire book builds to a dramatic climax of one final battle between Maddox’s forces and all of the characters we’ve come to know and love throughout this magical series. There’s a decent amount of combined girl power at the very end that was almost a bit too much for me. Almost. There are also some acts of violence which were almost questionable in their vehemence. Again, almost. But on top of that you also have the sense of family and love that has permeated the whole series, and you can’t help but enjoy seeing all of these characters come together to protect their friends and loved ones from someone who has caused them nothing but pain and heartache. Overall, I’d have to say it was a fantastic conclusion.

Series: Svatura series. Four books in total. I’d have to say book 2 was probably my least favorite, but these last two novels made me late to work on several occasions.

Should you read it? If you’re looking for a romance series that has elements of magic, but not a whole lot of sex, then I’d say it’s perfect for you. The characters are truly what make this series not only unique, but memorable.

Smut Level: There was one steamy make-out session in this book, but Nate and Adelaide spend most of the book trying to deny their underlying feelings of desire for one another. Ha! Try all you want sillies.

Wow! Hands down, my favorite novel in this series so far. 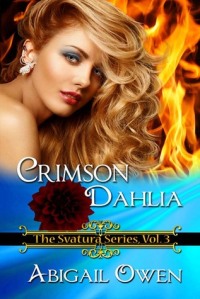 Lila Jenner left her family to start a new life away from Ramsey Pierce. After decades of rejection, she needs the chance to discover who she is without him. Helping to rebuild relationships between tribes of Svatura is just the opportunity she needs. Determined that the fire raging inside him will never harm Lila, Ramsey denies the magical bond that could be theirs alone.

But when an old enemy resurfaces and Lila disappears, he realizes he’ll do anything to win her back and make her his. However, Maddox, driven by a centuries-old quest for revenge, is stronger than any of them ever imagined. Friends and enemies must band together against this shared threat. Even then, they may discover too late that one dragon is not always enough.

I have been waiting since book one to learn more about Ramsey, a character that I consider to be one of the most complex Svatura of the bunch. He’s a firestarter who literally has the hots for Lila. However, even though he can sense they are te’sorthene, or mates, he fears he’ll hurt her, so he tries for over 60 years to push her away. When he finally succeeds to the point where Lila leaves the group, she is kidnapped by their enemy, Maddox. Ramsey then goes above and beyond to get her back, and when he does he has to prove he won’t reject her again. Ahhh, pardon me whilst I sigh from all the romance going on here.

A New Kind of Relationship

Throughout this series, we have seen the development of a few different relationships between Svatura couples. Alex and Ellie have an unbelievably sweet relationship, whereas Griffin and Selene have a more subtle relationship of respect. Ramsey and Lila? These two are hotter than hot! There is over 60 years of repressed sexual tension at play here, and I love it! Hiding from Maddox presents our couple with some delectable moments of privacy from the others, as well as a decent amount of fevered kissing. I might have to sigh again. 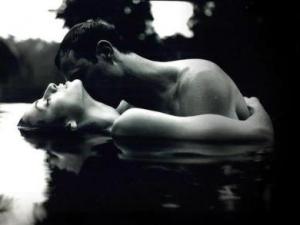 As with the other books in the series, the entire novel is a build-up to an intense battle between the Svatura and their enemy wolf-pack. Their enemy might be the same as before, but we learn some new things which change the name of the revenge game! I always seem to forget though that these battles can be quite graphic and gruesome. There are so many unique powers from different characters presented on the battlefield, and they can cause some serious damage!

The relationship between Ramsey and Lila is probably my favorite of any of the characters so far, and the plot itself was also amazing. Just when you think you’ve got everything figured out, we are presented with so many plot twists and turns that you’ll find yourself questioning what you thought you knew about our beloved characters. Can’t wait to see how it all comes together in the final book!

Series: Svatura, Volume 3. Definitely have to read these in order.

Should you read it? Yes! It’s intense, sexy, and will keep you guessing even beyond the last page.

Smut Level: Ramsey’s hand-print is literally burned onto Lila’s ass! Don’t worry, it was just an accident. These two might just share a few kisses, but they are full of heat!

After reading and loving the first book in this series I went into this one with pretty high expectations, which I always tell myself I shouldn’t do. But alas! I broke my own rule. 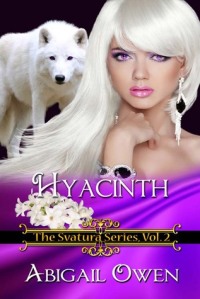 Selene sacrificed everything when she took her brother’s place as ruler of the Vyusher—including her secret love for one-time adversary Griffin Aubrey. When nightmares that are just a little too real start, Selene fears she’s turned into a cold-blooded killer…the monster Griffin thinks she is. Griffin and Ellie Aubrey are finally safe for the first time in over a hundred years, and Griffin doesn’t want to easily forgive the woman he blames for killing his family. But when an unknown menace drives Selene to leave her people and seek their help, Griffin must decide. Can he move past his hatred of everything she is? Or will the bond that could bring them both the greatest joy now be the source of their deepest despair?

Griffin and Selene are mates, but he’s having difficulty trusting her after learning that Selene and her Vyusher wolf-pack family killed his own family. They obviously have a deep connection and longing for one another, but I felt like they spent so much of the book fighting this link that it was hard to really connect with them as a couple. They also spent a large portion of the book separated from each other. This lack of time spent in the same zip code made me want so much more from their relationship! 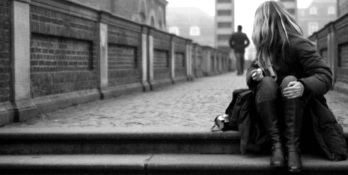 I love that we get to see all of the characters from the first novel again, and if anything we get to know them even better than in book 1. It felt like there was a lot more build-up in this second novel, which made for a rather slow-moving start, but also made the eventual climax even more exciting. Sort of a blessing and a curse.

Although Hyacinth has an exciting conclusion, there are some important plot questions which are left unanswered. For example, their enemy wolf-pack keeps dropping off unconscious people for Selene and company to deal with. Not really sure what that was all about, but I’m sure we’ll learn more in the following books. This novel does end on a cliffhanger, and it’ll make you wanna go straight into the next book!

Series: Svatura, book 2. I can’t wait to read the next one, as it deals with one of the most complex characters of the bunch!

Should you read it? Definitely read book 1 first, but it’s an interesting paranormal series with some amazing characters.

Smut Level: There are just a few kisses between Selene and Griffin, but they are oh so passionate.