Well ladies and gents, I didn’t think it was possible, but I may have just come across a new adult romance that reflects college life in a somewhat realistic light! The good and the bad. I’m talking midterms, doing laundry in the dorms, and having study time interfere with dating. Sadly, even rape. And yet in the midst of all this we still manage to uncover an incredible romance. 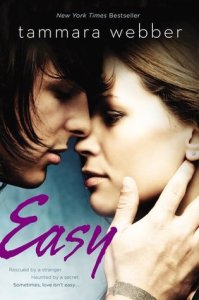 Rescued by a stranger.
Haunted by a secret
Sometimes, love isn’t easy…

He watched her, but never knew her. Until thanks to a chance encounter, he became her savior…The attraction between them was undeniable. Yet the past he’d worked so hard to overcome, and the future she’d put so much faith in, threatened to tear them apart. Only together could they fight the pain and guilt, face the truth – and find the unexpected power of  love. A groundbreaking novel in the New Adult genre, Easy faces one girl’s struggle to regain the trust she’s lost, find the inner strength to fight back against an attacker, and accept the peace she finds in the arms of a secretive boy.

When this novel opened I immediately had a gut reaction that we’d be dealing with one of those typical college romances that you could guess the progression of from start to finish. We open with a beautiful lead who is leaving a Halloween costume frat party because she spotted her newly ex-boyfriend dancing hot and heavy with some sorority floozy. Alright, let’s just have her run into the dashing lad who will sweep her off her feet already, am I right? Well, I couldn’t have been more wrong. Within this opening scene we are immediately confronted with the oftentimes dark, harsh reality of what can happen at college. Sexual harassment and rape. Thankfully in this particular scenario the rapist was unable to follow through with his despicable actions, as we do have a knight in shining armor come along and beat the ever loving shit out of him. 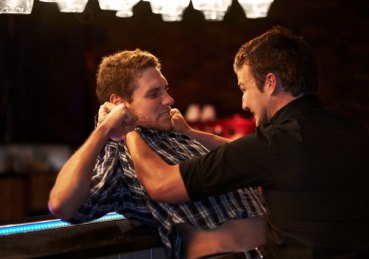 Little did I know that this moment would come to represent the constant emotional battle I’d experience as a reader for the rest of the book. On the one hand, turmoil and heartache that will make you hold your breath in anticipation, want to read through your fingers in suspense, and feel disgust on behalf of our characters. But then on the other you have an overwhelmingly positive sense of empowerment, true love, friendship, and sisterhood. It seems like a constant back and forth of highs and lows that will keep you on your toes, as well as have you turning the page to discover what comes next. This is also one of those books where I’d find myself thinking about it constantly throughout the day. I always say the sign of a good book is one that keeps your wheels turning even if you’ve put it down!

While the budding romance between Lucas and Jacqueline is obviously an important focus of the novel, the other primary feature is the shocking reality of rape on college campus. Our characters manage to confront and sometimes successfully squander practically every single stereotype and assumption that can be raised when it comes to rape on campus. She was dressed proactively. She walked out to her car alone. He normally seemed so nice. If she wasn’t a virgin, and she went up to his room, what else did she expect? And behind it all the most common, disgusting phrase that can be said when something like this happens: she was just asking for it. 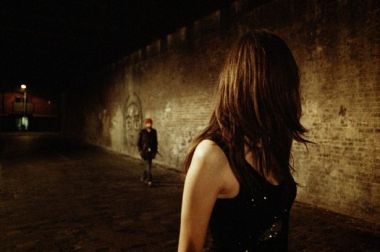 I’m not gonna lie, there were many parts of this novel which were hard to read, and my nostrils definitely flared a time or two as I listened to this on my walk to work. I may have also shook my head back and forth in disgust as you hear all the different ways someone can defend the actions of a rapist while blaming the victim. However, as these misconceptions are brought out into the open, there are a select few important characters, Lucas especially, who raise the most critical thing to remember when it comes to the women and men who survive these ordeals: it wasn’t your fault. 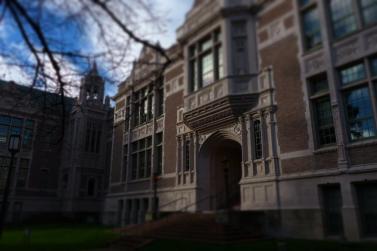 Coming Together to Rise Above

Yes, there are many difficult scenes and confessions related to rape and attempted rape in this novel. But at the same time, it’s an empowering read where we see the strength of our survivors, and the love of their supporters is truly inspiring. There is one scene in particular that I think deserves mention. In it we see a female pledge confess the sad details of her rape by a frat brother to the other members of her sorority. This scene especially shows how almost every member of her sorority blames our victim, and it’s so tragic to think that these excuses are constantly used to silence survivors. 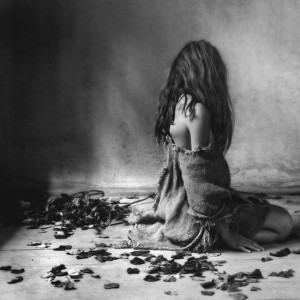 Just when you think all hope is lost, and this criminal will walk free, the sorority president gives an impassioned speech that damn near brought me to tears. “You know what looks bad? A bunch of women who don’t support each other when a guy pulls some shit like this. I’m sick of it. Less than an hour ago, I told D.J. where he could stick his goddamned fraternal reputation…And you’re worried about who’ll look bad if they tell? Screw that…Are we sisters or not?” In addition to the words of support by some of our characters, we also see the highlighted importance of self defense. Again, it provides a sense of empowerment to our female characters by showing that with some proper training it can be possible to ward off an attacker, even if they seem bigger and stronger. After reading this book I am seriously interested in looking up a local self defense class. 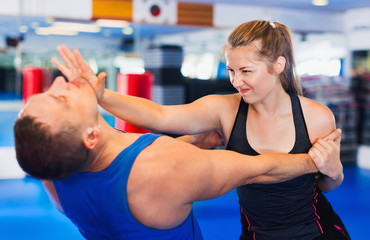 Lucas turns out to be Jacqueline’s savior in more ways than one. Not only does he rescue her that fateful night from a would-be attacker, but he helps her move on from her recent breakup. At the outset, Jacqueline only views him as a bad boy rebound, but as they spend more time together she learns that he has a secret sensitive side. He may also be the only person to ever see the true her. The scenes in which Jacqueline allows Lucas to sketch her prove to be particularly insightful. Not to mention hot as hell! That being said, he never pushes her to do anything before she’s ready.

For the most part I really did enjoy the romantic relationship between Lucas and Jacqueline, but that’s not to say it wasn’t without some issues. First and foremost, while Jacqueline knows Lucas as her protector, it turns out he’s also her economics TA. Of course, he chooses to keep this other identity a secret from her, and because he uses his given name of Landon in all his TA related emails to her, she doesn’t find out until rather late in the game that her protector and her TA are one and the same. Now, I must say this little detail is strikingly evident from the very first email exchange, so I couldn’t help but throw a few eye rolls Jacqueline’s way at her naivety. 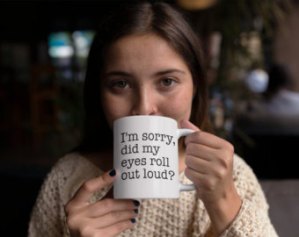 My biggest issue though would have to be with Jacqueline’s curiosity revolving around Lucas’s past. Something tragic has obviously happened to him, but he chooses to remain close-lipped about the details. After all that these two have been through, from her attack, to him taking things slowly with her, to finally discovering that he’s her TA, you’d think she could have just been a bit more patient with him. After all, they’ve only been kind of dating for a few weeks. Maybe he’s not ready to reveal all of the troubling emotional heartache he’s been through in his youth. But that doesn’t stop Jacqueline from looking into discovering the truth on her own by sidestepping Lucas entirely, and doing a little internet search to uncover all the gruesome details of his mother’s death. I mean, come on girl don’t you know that curiosity killed the cat? You really want it to kill this damn near perfect relationship you have with Lucas??? 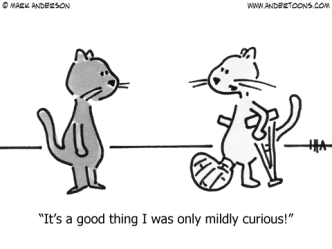 Series: Contours of the Heart, book 1. I’ll keep reading this series, though I must say I am slightly concerned with the premise of the next book as we just see a continuation of Lucas and Jacqueline’s story. They’ve been through enough at this point, can’t we just let them have their happily every after? What other drama could they possibly encounter?

Should you read it? I was particularly enthralled with the writing of this novel, as we are presented with a story that makes us feel as though we are there with the characters experiencing everything firsthand. It’s not all rainbows and sunshine either. There’s a trying road that Lucas and Jacqueline must traverse, but with each other they discover a love that neither thought was possible. Sure, they make a few mistakes along the way, but we all do silly things when young and in love.

Smut Level: These two have some hot and heavy make out scenes which are pretty detailed. However, they don’t take things too far until pretty late in the book, and I was surprised that we really didn’t get much of any detail for the big event. Some nice over the clothes stuff though for a good portion of the novel.