Hey y’all! Diana Palmer’s Texas western romance, Untamed, just released at the end of June. Enjoy this short excerpt from the novel, and don’t miss the Rafflecopter giveaway at the bottom of this post for a $100 Visa Giftcard. Hot dang!! 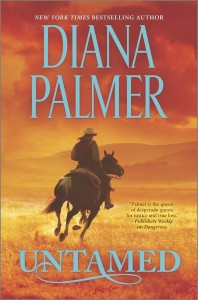 Rourke chuckled. “What gave me away?” he asked.

“You do not remember?” the little man asked, and seemed crushed.

Rourke had an uncanny memory. He stared at the man for a minute, closed his eye, smiled and came up with a name. “Rodrigues,” he chuckled. “You chauffeured me around the last time I was in Manaus, just after the Barrera offensive. You have two daughters.”

The man seemed to be awash in pleasure. “Oh, yes, that is me, but, please, you must call me Domingo,” he added, wringing Rourke’s hand. Imagine, a rich cosmopolitan man like this remembering his name!

“Domingo, then.” He drew in a breath. Jet lag was getting to him. “I think I need to get a hotel room for the night. I’m flying out to Barrera in the morning. General Machado is having an awards ceremony.”

“Sim.” The man nodded as he climbed in under the wheel. “Several people are to be honored for their part in overthrowing that rat, Arturo Sapara,” he added. “My cousins were tortured in Sapara’s prison. I danced with joy when he was arrested.”

“So did I, mate,” Rourke replied solemnly.

“One lady from Manaus is to be awarded a medal,” Domingo said with a smile. “Senhorita Carrington. I knew her mother. Such a saintly lady,” he added.

“Saintly,” Rourke said, almost grinding his teeth as Domingo pulled out in traffic.

“Creio que sim,” Domingo replied, nodding. “She was kind. So kind. It was a tragedy what happened to her husband and her youngest daughter, Matilda,” he added.

Rourke drew in a long breath. “That was truly a tragedy.”

“You know of it?” Domingo asked.

“Yes. I’ve known Tat…Clarisse,” he corrected, “since she was eight years old.”

“The senhorita is a good woman,” Domingo said solemnly. “When she was younger, she never missed Mass. She was so kind to other people.” His face hardened. “What that butcher did to her was unthinkable. He was killed,” he added coldly. “I was glad. To hurt someone so beautiful, so kind…”

“How do you know her?” Rourke asked.

“When my little girl was diagnosed with lymphoma, it was Senhorita Carrington who made arrangements for her to go for treatment at the Mayo Clinic. It is in the United States. She paid for everything. Everything! I thought I must bury my daughter, but she stepped in.” Tears clouded his eyes. He wiped them away, unashamed. “My wife and I, we would do anything for her.”

Rourke was touched. He knew Clarisse had a kind heart, and here was even more proof of it.

“You will see Senhorita Carrington in Barrera, yes?” Domingo asked with a wise smile.

“Please, you tell her that Domingo remembers her and he and his family pray for her every single day, yes?”

Domingo nodded. He pulled up at the best hotel in Manaus and stopped. “What time shall I come for you tomorrow, senhor?”

“About six,” Rourke said. “I’ve got a ticket for the connecting flight to Medina.” He yawned and signed the slip Domingo handed him, retrieving his credit card and sliding it back into his expensive wallet.

“Sleep well,” Domingo said as he carried the bags to the bellboy’s station inside the luxury hotel.

Stanton Rourke lives life on the edge. The steely mercenary is dangerous in every way…especially to Clarisse Carrington’s heart. She and Rourke were playmates as children, but she’s not the innocent girl he once knew. When tragedy robbed Clarisse of her entire family, her life was changed forever. Besides, she’s a grown woman now, and there are secrets that hold her back from succumbing to her pursuer. As she struggles to keep her distance, sparks as hot as a Texas summer fly between them. But danger is following Clarisse, leaving her no choice but to rely on Rourke, even as the old wounds lying dormant between them flare up again…

In my most recent reader survey, someone mentioned that they would like to see more western historical romances on my blog, specifically with cowboys. Well…here ya go! 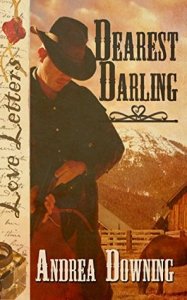 Stuck in a life of servitude to her penny-pinching brother, Emily Darling longs for a more exciting existence. When a packet with travel tickets, meant for one Ethel Darton, accidentally lands on her doormat, Emily sees a chance for escape. Having turned down the dreary suitors that have come her way, is it possible a new existence also offers a different kind of man? Daniel Saunders has carved out a life for himself in Wyoming—a life missing one thing: a wife. Having scrimped and saved to bring his mail-order bride from New York, he is outraged to find in her stead a runaway fraud. Even worse, the impostor is the sister of his old enemy. But people are not always as they seem, and sometimes the heart knows more than the head.

Short and sweet is the name of the game. It’s a brief novella which only took me about 1.5 hours to finish, and I think that included a coffee break. It also ends with an, “Aw, ain’t that sweet” kind of feeling. At first, I was worried that the book would only focus on the budding romance between Emily and Daniel, and completely forget about poor Ethel waiting in New York for her train tickets. Thankfully, Ethel remains a heavy focus of the story, and she isn’t just swept aside. Daniel remains torn throughout the majority of the novel between his growing feelings of love for Emily, and his sense of duty to the woman back in New York who he’s never met.

Novellas are a tricky thing. I love that they are short, and I can knock out a few in one day. On the other hand, it either feels like the characters fell in love too quickly, or that something from the story is missing. In the case of Dearest Darling, the quick romance was addressed very well, but it would have been beneficial to have more of a back story for both lead characters. 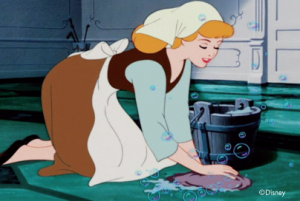 At the start of the novella, Emily is fed up living like a servant for her brother, Wilfred. Seriously? Wilfred? Such an unfortunate name. Anyway, when a package meant for someone else arrives on her doorstep, Emily’s ticket to freedom is literally at her feet. And she takes it. The problem is that when she arrives in Wyoming she basically gets right back into the swing of things by acting like a servant for Daniel. She mends his clothes, cleans his house, cooks his food, etc. Not much has changed. Sure, she eventually gets the added bonus of hot sex with a cowboy, but I think we would have connected with her character on a deeper level if we’d been offered a more in-depth look into how terrible her life was under her brother’s roof. 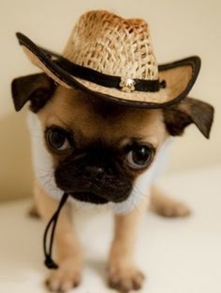 Daniel was an interesting character in his own right. I never thought I would condone a man’s decision to find a mail-order bride, but by God if this book didn’t accomplish that feat. The description of his loneliness living in the wide open plains of Wyoming was so easy to picture, and heartbreaking enough that you could really understand why this puppy dog of a cowboy went to such lengths to find a companion. However, that’s his present, and I wanted to know more about his past. Why did he choose to move from New York to Wyoming? We know that he was expelled from school, but what drove him to change his life so drastically? Did he have no family back East? Is anybody listening?

It really is a small world after all. For a city as big as New York, everyone seems to know each other. Not only did Daniel and Wilfred go to school together, but he’s also the reason why Daniel was expelled in the first place. This just goes to show that nothing good can come from naming your child Wilfred. In addition, the real Ethel Darton is fairly well-known by practically everybody in town, and Emily locates her pretty easily upon her return to New York towards the end of the novel. The fact that she could do this without the help of Google Maps is completely beyond me.

Overall, this was really a sweet little romance, and Daniel is a cowboy to drool after. He’s just so darn adorable I wanna squeeze him! Although maybe that’s the puppy pic talking.

Should you read it? If you are looking for a quick, light-hearted read, and one preferably featuring a sexy cowboy, then I would give this one a go. It’s also interesting to see how much the mail-order bride business has changed since the late 1800s.

Smut Level: There is a fair amount of sexual tension, and just one actual sex scene which was pretty tame.