Will might be a fictional character, but he is so freakin’ adorable you can just tell he’s hotter than a Texas summer.

Rusty Walker has spent her entire life trying to earn her tough, ranching father’s respect and approval by learning the business inside and out. But now her uncompromising parent has decreed she must marry if she wants to inherit. Worse, her husband has to be someone who can help her run the business. As if she needs it!

Williams Hill kissed Rusty in a bar in an act of temporary insanity, and lost his heart to her on the spot. Despite the complications to his own rodeo stock business, he agrees to marry the feisty red-head, hoping to woo her once they’re hitched. But she only views him with suspicion and resentment.

Can this soft-spoken Texas cowboy convince his proud wife, who’s never known unconditional love, that she is everything he wants?

Something I particularly enjoyed about the relationship between Will and Rusty was its tone. In book one there was really a sense of drama and seriousness to Cash and Holly’s relationship. While the relationship between Rusty and Will is not without its complications, far from it, there is also a sense of fun and lightheartedness to it all which I found particularly endearing. Even their meet-cute will have you smiling, as Will witnesses Rusty jamming out to a song in her car while they’re both stopped at a red light. While the marriage agreement between them comes off as more of a business transaction than anything else, the two manage to keep up a flirtatious rapport throughout the whole of the novel which will have you grinning. After all, the two have to put on a convincing show of love and affection in front of Will’s family…might as well make the most of it! Will is definitely more enthusiastic in the beginning about putting on a good show through intimate caresses and passionate kisses. However, he quickly realizes that he’ll have to do everything he can to convince Rusty that the two have a connection which just might make this marriage work for real.

I’ve read many a marriage ultimatum romance in my time, and the majority tend to default towards physical attraction and sexual attention bringing our couple together to realize they want their marriage to last. Living in such close quarters, and oftentimes those performance kisses in front of others sparks a desire to consummate the marriage as soon as possible. And while these two certainly feel those sparks of desire, they still manage to have a strong relationship foundation built on a shared interest. Dare I say it, they can actually have a conversation with each other that doesn’t revolve around sex!

They have a mutual love and devotion to horses, and in my opinion this brings them even closer together than their physical connection. After all, it was the impetus for their first meeting, as they were both attending the same rodeo. After spending time together Rusty recognizes the passion and dedication Will holds towards his business, and the responsibility which comes with it. This even extends into his personal life with family, who are always coming to him to seek out his advice. Even Rusty found herself opening up to him about private matters she’d never shared with anyone else before. She can sense he cares for those close to him, and gives them just as much attention as he gives his ranch. For Will, his attraction to Rusty goes beyond just the physical. He admires her ability to ride, her intelligence and wit when it comes to understanding the business, and her prowess at standing up to her father. They’re a match made in rodeo heaven!

Battle of the Ranches

For me the one crucial piece missing to this story was the connection between Rusty and her father’s ranch. She has been trying to prove her worth to her father practically her whole life in the hopes of inheriting it. She has now decided to marry basically a complete stranger for it. And yet, she seems to have more of an emotional connection to Will’s family ranch than she ever had to the one she’s going to such great lengths to inherit. It implies that for all this time she hasn’t been trying to win the ranch, but rather her father’s approval along with it.

That being said, I feel like witnessing a more emotional connection to her father’s ranch really could have added another layer of depth and turmoil to the story which was sort of the hallmark of book one. We could have seen this desire to fulfill the marriage ultimatum complicated even more by having to leave the ranch behind to go to another one instead. Perhaps a struggle to see if there’s a place in her heart for more than one ranch? But instead this other ranch seems to be so much more a symbol of family obligation than anything else. 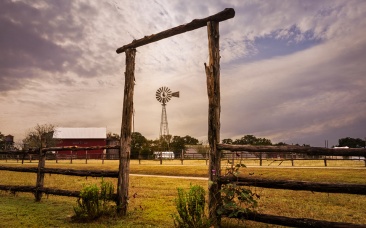 Series: Hills of Texas, book 2. I am really enjoying this series, and can’t wait to see what comes next!

Should you read it? This sequel is definitely distinct from the story style of the first book in this series, yet you’ll recognize and love the familial sentiment which continues throughout both novels. The flirtations between Will and Rusty are also addictive. It’s not hard to see why these two fell in love with each other. Considering how fast they got together, one can’t help but wonder what the likelihood would be of this relationship lasting in the real world. And I must say, I think their chances are pretty damn good! There’s an underlying strength and realness to their relationship which extends beyond the physical component.

Smut Level: Just like with book one, you do have to wait a while for the eventual consummation of our couple’s relationship. However, don’t distress! There’s plenty of kissing, nibbling and panting to keep you entertained until then.

Get it on Amazon: Click Here. $3.99 Kindle Price. Tule Publishing.

3 thoughts on “Resisting the Rancher by Kadie Scott”